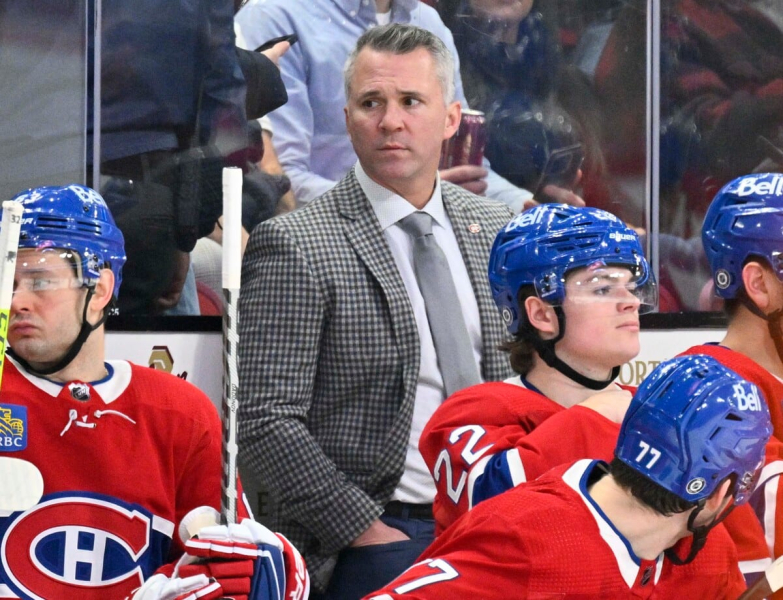 I still remember Martin St-Louis, the athlete, a great competitor. Then, I hear him say after the loss to the Lightning on Wednesday that he is satisfied with the effort shown by his team.

Such comments lead me to believe that St- Louis does not say the bottom of his thought.

When he says he is satisfied lately, it is because he isolates moments from a match. The Canadian may have posted a good effort in the second period. But deep down, St. Louis must know that's not enough.

On the one hand, the coach says he sees good things from his players and that there are has a few things to fix. He did it after the meeting in Tampa.

On the other hand, Nick Suzuki, the captain, says he is disturbed by the way the club is playing. How uncomfortable he is with these performances.

They are waiting for the phone

The truth is that the Canadiens play bad hockey. The two games in Florida were difficult.

I said it earlier this week: the problem in this team is not the youngsters. On the contrary, the three best scorers of the formation are Suzuki, Cole Caufield and Kirby Dach. None of the three are over the age of 23.

But veterans expect the phone to ring. They tell themselves that they will probably be better off elsewhere. I don't think they're bothering the rest of the team, being negative. But they expect to leave Montreal.

We use the youth of the team to explain the losses, but the problem is its experienced players. In Florida, there were five young defenders in the lineup. But the worst on the blue line was Joel Edmundson.

Poor Kaiden Guhle, who has to play with him… He ends up with double the work.

What hurts the most in all of this is that it is the Montreal Canadiens. From an institution. It's been going on for two years. Last season, the team finished 32nd, last. This year, the players are not playing with heart for 60 minutes.

In addition to the lack of effort by veterans, funny decisions are made. One that I don't understand is that the Canadiens recalled Anthony Richard from the Laval Rocket. They made this decision because Richard was the leading scorer.

Except that once he arrived in Montreal, he played on the fourth line, and we didn't make room for him on the power play.

In any case, we don't work on merit for allow playing time on the power play with the Canadiens. Some get it without even having scored a single goal this season…

It is obvious that internally, they have their reason to give ice time to Evgenii Dadonov. Even if he is certain that his suitcases are already packed and that he is ready to leave! From the outside, however, it is difficult to understand. He is just putting on the uniform.

Usually, in a club, we rely on veterans to accompany the youngest. But no one, right now, can serve as a big brother. It scares me.

I respect his patience

I'm sure there are internal discussions between St-Louis, Kent Hughes and Jeff Gorton about training. It is obvious that they do not like to see the defeats accumulate on their record. It doesn't look good on their resume.

It's clear that Martin St-Louis isn't satisfied. He needs to talk about it with his family. I don't know how it is internally. He seems like a cool guy, who talks a lot.

Publicly, however, he always comes back with the same words. The concept, the group spirit.

His patience honors him. But I would like Hughes, its general manager, to come out of his office and say that the effort shown by the veterans is unacceptable.

At the risk of repeating myself, it is about the Montreal Canadiens. An institution. There's nothing normal about what's happening right now.

When I think back to the year we've just been through, I can't help but have in mind, first and foremost, the premature departures of Guy Lafleur and Mike Bossy.

Guy, I directed him, I worked with him for so many years. I had the chance to know him beyond the athlete.

Mike, I faced him in the junior ranks and in the NHL, when I was a coach. He became a co-worker at TVA Sports.

The year is coming to an end, and we still often talk about these two great losses. It testifies to the impact they had in our lives and also, to the legacy they left.

Congratulations to Félix and Marie-Philip

The performances of Félix Auger-Aliassime and Marie-Philip Poulin have been rewarded with various prizes in recent weeks. I congratulate them. Their successes are reflected around the world.

When we talk about Quebec abroad, it is often because of sporting exploits. Reminds me of the Nordics, back in the day. We were promoting Quebec across North America.

These two athletes are respected around the world. For their talent and also for their personality.

I take this opportunity to wish you all, dear readers, a happy new year 2023. Health and happiness for each of you.