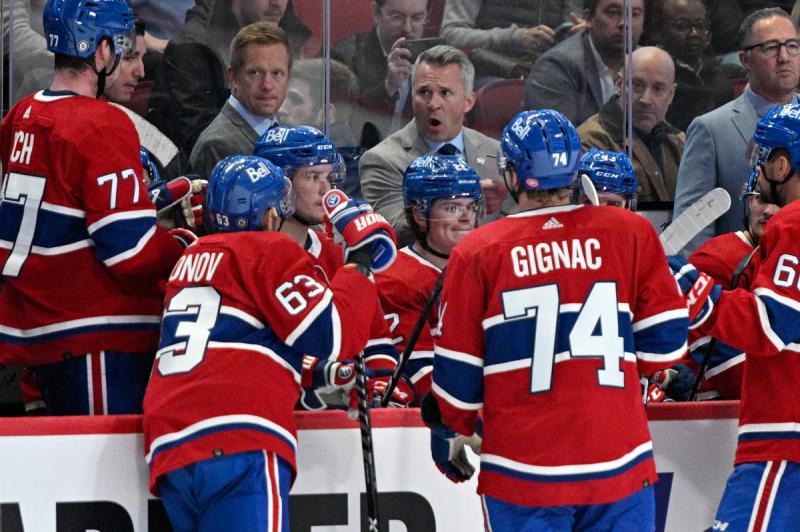 Like many coaches in the NHL, Martin St-Louis likes to work with offensive duos.

Right now there are at least two. Nick Suzuki and Cole Caufield form the first. Jake Evans and Rem Pitlick make up the other pair that seems cast in stone.

For his part, the head coach of the Canadiens identified another pair on Tuesday to start the regular season.&nbsp ;

“There is the duo of [Christian] Dvorak and [Brendan] Gallagher. I like it to see them together, mentioned St-Louis during his post-game press conference. I like it to work in duos.

“It allows me to change a guy on a trio to look different without changing the identity of a trio. It's going to take me a little longer to identify more of them.

Among those whose role is still undetermined is Sean Monahan. It is quite possible that the center player will be transferred to the wing for the start of the regular season.

In third period, Kaiden Guhle made an error that led to an Ottawa Senators goal. Up until that point, he was having another good game.

“When he returned to the bench, he was undeterred. These are things that happen, said St-Louis. It's part of the game. I think he handled it well and it happens to everyone.”

One of the players who still scored points was defender Arber Xhekaj. In addition to scoring his first pro goal, he threw down the gloves against Mark Kastelic in the first period. He held his own.

” I wasn't happy because he jumped on me and forced me to fight,” Xhekaj said.< /p>

“I don't know what management is going to do, but they will make the best decision for me.”

The recruit shows great confidence in his abilities. A quality that St-Louis likes.

“ He wasn’t drafted. To be there, he must have confidence, underlined the coach of the Canadian. This is not arrogant confidence. You see he has no hesitation. ”

Emil Heineman and Joel Armia did not finish the game against the Senators. Both attackers are injured in the upper body. Their cases will be reassessed on Wednesday morning.