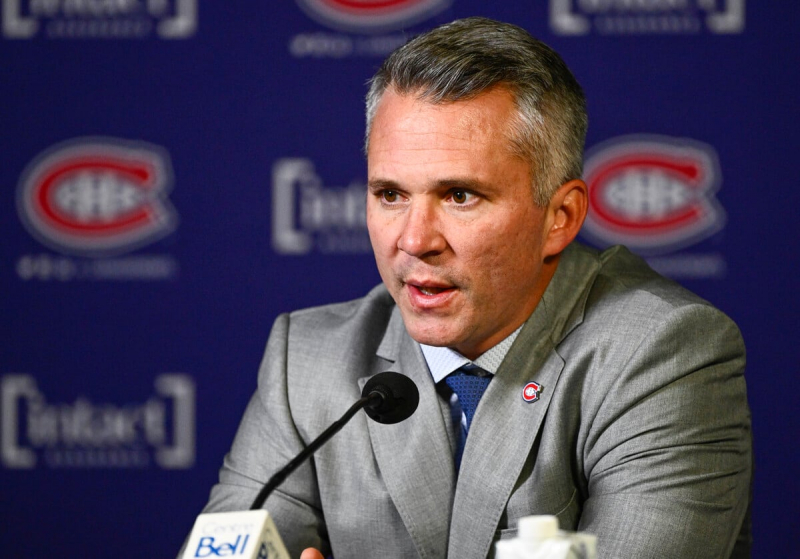 Joel Edmundson and Joel Armia were still wearing dark blue vests, prohibiting contact. Despite this bad jersey color, the two Joels took a step closer to a return to the game by jumping on the plane in the direction of Buffalo.

The day after a second straight loss on Bell Center ice, a 3-1 loss to the Minnesota Wild, the Canadiens chose to leave for a long journey of four road encounters with only six healthy defensemen.

Corey Schueneman received his ticket for Laval in the morning. If Kent Hughes allowed himself to dismiss a defender in the American League, it is because the general manager must have the assurance of a return to the game more than soon in the case of Edmundson.

Inconvenienced by back discomfort, Edmundson did not wear the CH uniform for the eight preparatory games and the first seven meetings of the calendar.

If he did not have to move a single piece of his puzzle on the blue line at the start of the season, Martin St-Louis will need to cut one of his defenders to make room for Edmundson. There are three logical candidates for this thankless role: Johnathan Kovacevic, Arber Xhekaj or Chris Wideman.

“With Joel who doesn't comes, it will be a great addition for us, said Stéphane Robidas, defenders coach at CH. There is a player who will suffer from this situation. But who will jump their turn is more a question for Martin. »

Barring a surprise, the CH will still rely on the same group of six defenders against the Sabers, but Edmundson could return to action against the Blues on Saturday in St. Louis. Winner of the Stanley Cup in 2019 with the Blues, the big defenseman played his first four NHL seasons in Missouri.

Absent the last two games due to an upper body injury, Juraj Slafkovsky participated in morning training without any limitations.

“I felt really good,” Slafkovsky said simply in the team locker room as he untied his skates. Perreault that he has still not received the green light from the doctors for a return to play.

“Juraj was flying on the ice today, you could see that he was happy to come back with team, Xhekaj noted. He was not happy to miss the last few games. »

“It was great seeing Juraj again,” Harris said. There is always more energy with him on the ice. I thought he was very solid in training. It’s promising for a return to the game.”

A change for Xhekaj

There is Slafkovsky. There is Kaiden Guhle. But there is also Xhekaj who is quickly winning the hearts of fans in Montreal. Never drafted, the 21-year-old defenseman made the leap from the Ontario Junior League to the NHL directly.

In his first steps with the CH, Xhekaj accentuated his reputation as “Sheriff”, his nickname in the OHL by winning a fight against Zack Kassian, of the Arizona Coyotes, with disconcerting ease. He also scored his first NHL goal the following game against the Dallas Stars.

“It's just the beginning for me, he replied when told about his rapid development. I'm young, I'm learning and I want to improve every day, like I did in junior. »

Off the ice, Xhekaj also discovers the reality of an NHL player in a market like Montreal.

« I find it special, I I'm starting to get recognized by the fans, he said. I like it, especially when the children come to see me. There are people who honk at me when I walk in the streets of Montreal. It's quite a cool feeling. But I have to get used to. When a person looks at me, I have a reflex to believe that they are staring at me! She just recognizes me. »