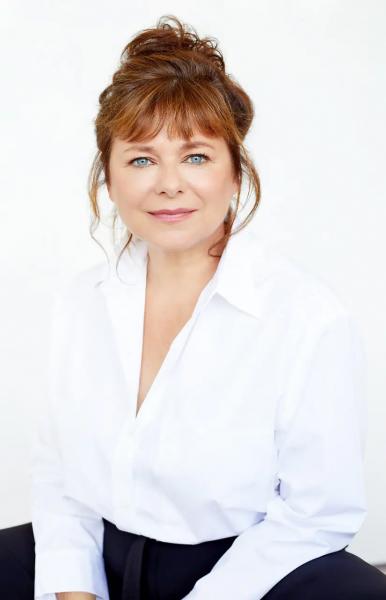 In 1993, a very enthusiastic young Martine who had been seen as a reporter for 100 Limites, who camped on the character of Axinia in Montreal P.Q. and who would play the lead role of the intense Rosalynde in Shakespeare's As You Like It, highlighted her Slavic roots, her parents being of Polish origin.

In the fall of 1994, four years after graduating from the National Theater School, the 29-year-old actress was nominated for best actress at the Masques evening, for her portrayal of Shakespeare's character, Rosalynde, in the play < em>As you please. She could also be seen on TV in several soap operas, including Watatatow.

In the series Dear Olivierdirected by André Melançon, Martine Francke interpreted the second wife of the popular Olivier Guimond (Benoit Brière), the singer Jeanne-D'Arc Charlebois. The TVA series produced by Avanti won several awards in 1997. In her 30-year career, the actress has appeared in nearly 100 films, TV series and plays.

At the Jean-Talon Market, in 1999, Martine, then a young mother (her son was 4 years old), confided her little health secrets in terms of food. Torn between family life and career, she notably played in the soap operas Rue L’Espérance and Ent’Cadieux. She also played Ouala, one of the funny animals in the Télé-Québec children's series, Cornemuse.

2005 was a big year, when we could see the actress at the cinema in Yves Desgagnés' comedy, Instant idol, alongside Claudine Mercier. That year, Martine, who has a background in classical singing and dancing, was also in the musical Les Nonnes and presented a tribute show to Yves Prévert.