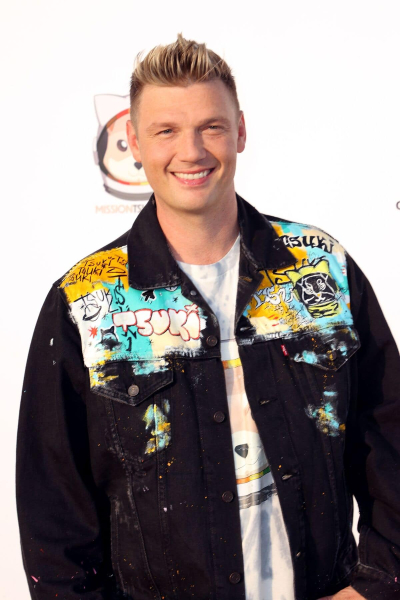 Nick Carter wowed the gallery with his talent and his great kindness, Sunday evening, at “Masked singers”, he who was the surprise international guest of the great variety of TVA.

The show was the most watched of the season.

The Backstreet Boys singer upped the ante on Heart's smash hit “Alone” with a live performance Cat Sphynx, a costume he himself had requested from designer Patrick Martel because his family had owned this type of feline for a long time. Unafraid of a challenge, he also demanded to wear high heels – and a dress – to fool investigators as well as the public.

Anouk Meunier, a big fan of the group from Florida, had bet right by suspecting that a “boy band” artist was hiding under the costume of the Sphynx Cat. She hesitated between Brian Littrell and Nick Carter. Among the clues distilled since the start of the second season were “1996” (the year the group's first album was released), the fact that this star had a special connection with Montreal and was on a world tour, as well as the notion of reunion with Quebecers. Returning to Montreal for the tour, after the recording, Nick Carter also invited Anouk to attend as a groupie the show offered at the Bell Center on September 2.

Martin Proulx, producer of content for “Masked singers”, explained to the QMI Agency on Monday how Nick Carter and his team “expressed an interest quickly” in coming to the show, the singer having enjoyed participating in the version American, “The Masked Singer”, in the skin of a crocodile!

As Nick Carter was on tour with the Backstreet Boys, we had to find a hole in his schedule for him to come to Montreal . “All the ideation was done remotely. We took the pulse of what he wanted to be as a character, the Sphynx Cat. He wanted a falsetto voice, very high, so people would think at first that it was a girl. He had thought about his business.

There was the issue of the fitting, which was done the day before his performance, an operation usually requiring several hours in advance with the regular participants.

“He tried on the costume and he says: “that's great, I'm the Sphynx Cat!”. He really tripped, so we all lost 50 pounds on our shoulders, especially since no touch-ups were necessary,” said Martin Proulx.

“He was generous, he's a pro and we chatted with him forgetting that we were in the company of our childhood idol,” he added.

At the end of Sunday's show, Nick Carter upped the ante on the hit “I Want It That Way,” much to the delight of the crowd. We could see images of his arrival at Mels studios with a hood on his head, like the other participants, so as not to reveal his identity. As the episode was captured in August, before the death of his brother Aaron, which occurred on November 5, the production sent him a message of condolence last week.

The most popular episode of the season

This episode of “Masked singers” was the most popular of the season, with 1.8 million viewers, according to unconfirmed figures from Numeris, which do not include recordings viewed in a period of seven days. For 20 minutes, the show even smashed the 2 million mark, with a peak of 2.3 million viewers.

Produced by Productions Déferlantes, the show “Masked Chanters” is presented every Sunday, at 6:30 p.m., on TVA.