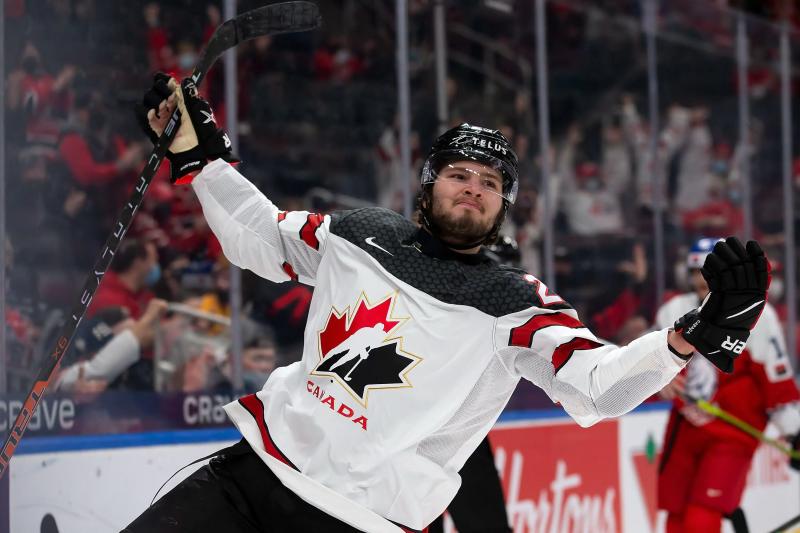 EDMONTON | Mason McTavish is a bit of an odd one out in the Canadian locker room. And it's not pejorative, quite the contrary.

It's because the vast majority of players with his profile, who were at the World Juniors in December before the tournament was canceled , have decided to skip the resumption of the event in order to focus on their preparation for the NHL training camps which begin soon.

McTavish, the Anaheim Ducks' third overall pick in the 2020 draft, didn't see it that way. It is he who puts pressure on the formation of California so that they allow him to live this tournament, before making the leap to the professionals.

“Being here means so much to me. I wouldn't be here if I didn't want to. What I love most in the world is playing hockey and competing against the best in the world. Also, it will be a good way to prepare for the next Ducks camp. There is no better hockey being played right now. »

It must be admitted, the Ontario center player had every reason in the world to imitate his peers and refuse Hockey Canada's invitation. It's that the last season has not been easy for him.

Between his start to the season with the Peterborough Petes and the trade that sent him to the Hamilton Bulldogs, with whom he won the league championship and participated in the Memorial Cup tournament, he also represented Canada in the last Beijing Olympics.

“I had many different experiences. It allowed me to enter different locker rooms, to meet new guys, to experience an exchange. It's part of the sport and like I said, it's what I like to do in life. »

However, he did not hide the fact that he had to treat his body with small onions this year in order to enable him to withstand the rigors of this busy season.

“I spend a lot of time in the treatment room to make sure everything is okay. I try to take care of my body as best I can and make sure to prevent rather than cure.

All of these experiences probably made it easy for Hockey Canada's leadership to name a captain.

“I take on this role with great humility,” he admitted. It definitely comes with a bit of pressure but I'm lucky to have several other good leaders in the locker room. All the guys are leaders in their respective teams so that makes my job easier. In addition, the coaching staff does an outstanding job.

In Team Canada's two games before the tournament was canceled, McTavish had three goals and two assists for five points.