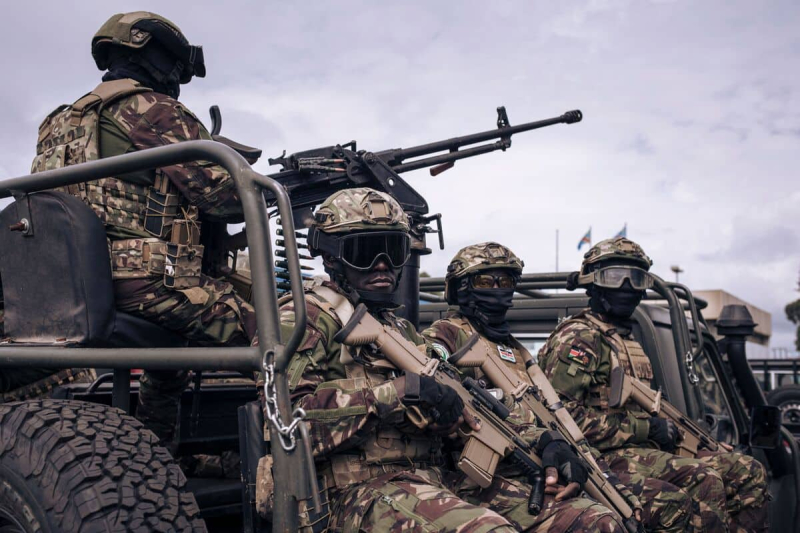 At least 131 civilians were killed by M23 rebels on November 29-30 in eastern Democratic Republic of Congo, according to a preliminary UN investigation released overnight Wednesday to Thursday by the United Nations mission in the DRC (Monusco).

The Kinshasa authorities had mentioned Monday a death toll of around 300 in the village of Kishishe, in the province of North Kivu. The results of the UN's preliminary investigation concern Kishishe and the neighboring village of Bambo, Monusco said in a press release.

These 131 civilians (102 men, 17 women and 12 children) were killed “during acts of reprisal against the civilian population”. “The victims were arbitrarily executed by bullets or with bladed weapons,” she adds. “Eight people were also injured by bullets and 60 others kidnapped. At least 22 women and five girls were raped.”

“This violence was committed as part of a campaign of murder, rape, kidnapping and looting against these two villages in the territory of Rutshuru in retaliation for clashes between the M23″ and militiamen of the FDLR (Democratic Forces for the Liberation of Rwanda) and other armed groups, continues the press release.

This investigation was carried out by the United Nations Joint Human Rights Office (UNJHRO) and Monusco who “interviewed 52 victims and direct witnesses, and various sources” in Rwindi, 20 km from Kishishe, specifies the press release, stressing that the investigators could not go to Kishishe and Bambo “due to security constraints”.

Kishishe is currently controlled by the M23 rebellion (“March 23 Movement” ), a former predominantly Tutsi rebellion that took up arms again late last year and in recent months has conquered large portions of territory north of Goma, the provincial capital of North Kivu.

On December 1, the Congolese army accused the M23 of having massacred at least 50 civilians, a toll quickly revised upwards by the government, to more than a hundred and then “around 300”.

< p>The M23 denied having committed this massacre, only acknowledging the death of 8 civilians killed according to him by “stray bullets” during the attack. clashes in Kishishe between his fighters and militiamen.