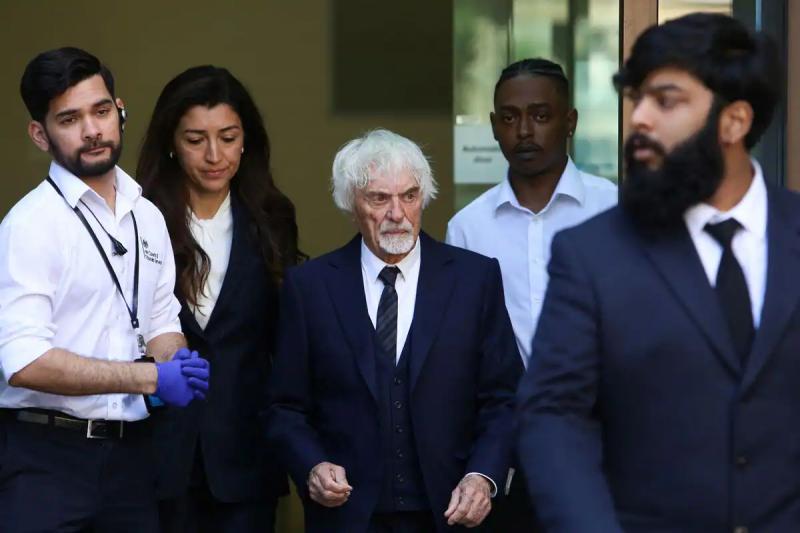 Long-time Formula 1 reigner Bernie Ecclestone pleaded not guilty on Monday to the massive tax evasion charges he was charged with in the UK.

Now aged 91, Ecclestone showed up in a dark suit, escorted by his lawyers and bodyguards, to Westminster Magistrates' Court, where he had been summoned.

During his appearance, he was asked to state his identity and then pleaded not guilty. He remains free until a next hearing scheduled for September 19.

He is accused of having failed to declare to the British tax authorities more than 400 million pounds (473 million euros) in assets detained abroad, between 2013 and 2016.

The prosecution authorized his indictment in July following a tax investigation presented as “complex and international”.

Ecclestone reigned supreme over F1 for almost 40 years. He left his position as leader of the elite of world motorsport in January 2017, after being dismissed by the new holder of the commercial rights to the discipline, the American group Liberty Media.

Ephemeral driver of race in the late 1950s then boss of the Brabham team, the British businessman, whose fortune was estimated by Forbes magazine at more than 2.5 billion pounds, is widely considered to be the architect of the transformation of F1, which has become a lucrative business under his rule.

At the end of the 1970s, he was one of the pioneers of the television broadcasting rights for sporting events.