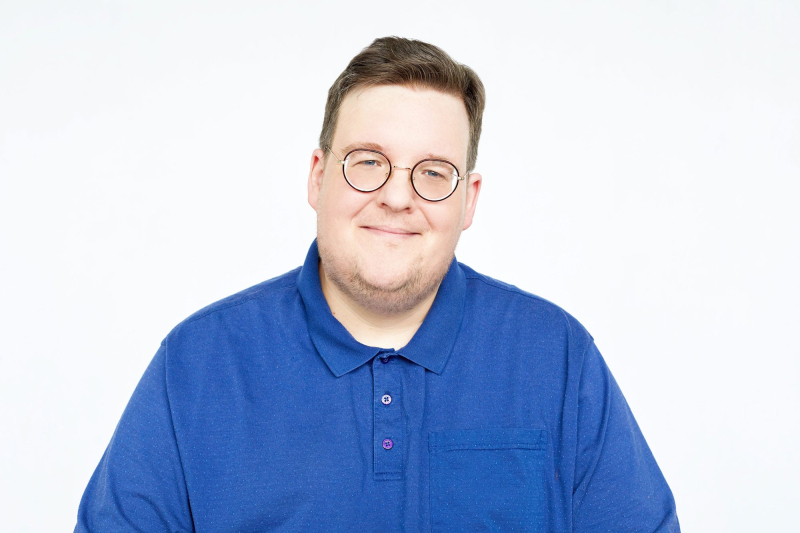 Mathéo loves swimming. He is confident in his abilities, until the day another swimmer ridicules him for his weight… In his new novel, Pierre-Alexandre Bonin tackles fatphobia and performance anxiety, two important topics to explore in children's literature .

Matheo against the tide; here is a title that can have several meanings!

There is a link with swimming, of course. Then, also with the fact that Mathéo himself will be surprised at the direction he takes. His background is a bit contradictory: he is fat and he wants to become a physical education teacher. He will go against the grain of what we would have expected of him! And swimming against the current requires more effort. For Mathéo, it will require a lot of strength of character…

Why did you choose swimming as the foreground of this story?

You should know that I'm fat too, like Mathéo. It's a label that I claim more and more, a characteristic, in fact: I'm tall, I'm fat and I have blue eyes! For me, it's all on the same footing. I swam for several years when I was young. It remains an environment that I appreciate, in which – I am going to make a bad pun – I have been immersed in for a long time (laughs)! With my story, I wanted to show that a fat person is also capable of sporting performance.

Addressing fatphobia, but from a male point of view, it was important for you?

Absolutely, because I know what it is. I will be 40 in January and my relationship to my own body is changing again. Initially in my story, Mathéo was losing weight to feel better about himself. My editor and I realized it wasn't necessary, so we dumped that whole side of the story. It became a critique of grossophobia and a novel about self-acceptance, the body positive. I find that we don't talk a lot about self-esteem in boys and yet it's so important!

Mathéo is bullied, but then he becomes himself a bully. Why?

Yes, Mathéo reacts negatively to a situation and that leads him to turn into a bully. However, he doesn't realize it, until there are people around him who point out to him that that, too, is bullying. He then becomes aware of what he has done. I liked this kind of nuance that everything is not black or white. Myself, when I was a teenager, it could become a reflex of survival or defense… We try to find someone else on whom to project our fear and our shame.

Mathéo works as a mascot in a shopping center. Do you have a favorite mascot?

I really like Youppi! He knew how to reinvent himself as a mascot, it has to be done! He went from the Expos to the Montreal Canadiens. Well done Youppi! You knew how to go against the tide, too (laughs)!