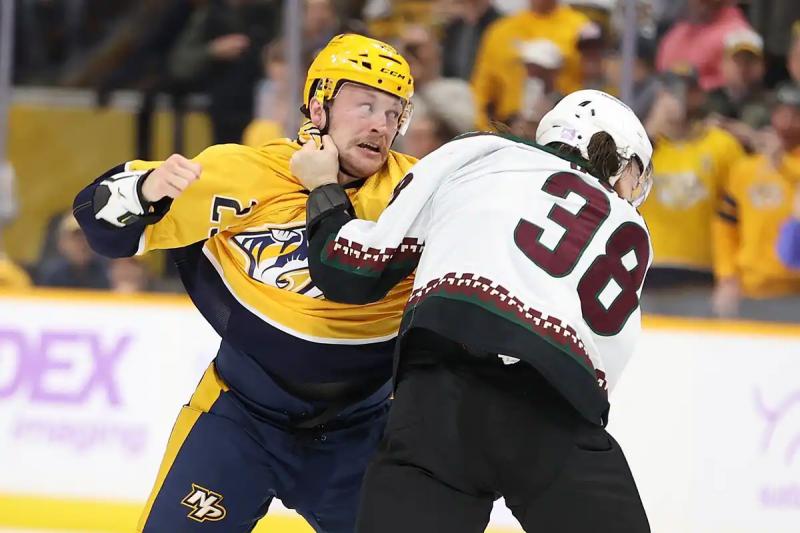 Quebec player Mathieu Olivier was traded from the Nashville Predators to the Columbus Blue Jackets on Thursday.

The Jackets confirmed the trade in a press release . They sent a fourth-round pick in the next draft for the tough forward.

Olivier is the only player in National Hockey League history to be born in Mississippi State. . His father, Quebecer Simon Olivier, played with the Mississippi Sea Wolves, in the ECHL, when he was born.

Mathieu Olivier, however, speaks French and considers himself a Quebecer. Never drafted, he spent the last season between the National League and the American League. In 48 career games on the Bettman circuit, he has scored three goals and seven points, in addition to spending 88 minutes in jail.

The 25-year-old winger is a former member of the Quebec Major Junior Hockey League. He played with the Moncton Wildcats, the Shawinigan Cataractes and the Sherbrooke Phoenix.