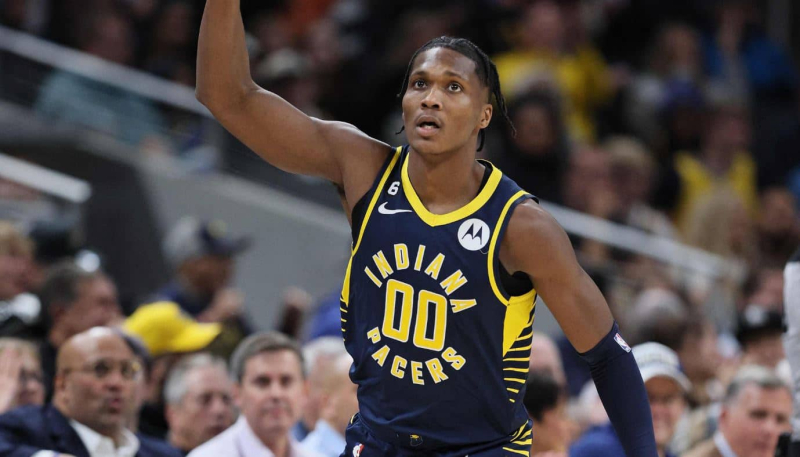 Even though he only had 22 minutes on the floor, Bennedict Mathurin was the Indiana Pacers' leading scorer in a 113-93 loss to the Pelicans, Monday, in New Orleans.

The Pacers' offense has had major problems with its efficiency in the basket, succeeding only 42.2% of its attempts to throw. After starting the game on the bench, Mathurin collected 15 points.

The native of Montreal North had been limited to six and seven points in his last two games.

Tyrese Haliburton and Buddy Hield, usually at the forefront of the Indiana attack, have amassed 12 small points each.

The Pacers (17-17) had won their last two games. They are ahead of the Miami Heat and Toronto Raptors in eighth place in the NBA Eastern Conference.

As for them, the Pelicans flirt with the top of the West. Devoid of their stars Zion Williamson and Brandon Ingram, they still gave the Pacers trouble.

Naji Marshall (22 points) and Jonas Valanciunas (20 points, 12 rebounds) stood out for the club of Louisiana.

In Cleveland, the duo of Kyrie Irving and Kevin Durant sparkled and the Brooklyn Nets the outscored the Cavaliers 125-117.

A strong performance by Darius Garland, who had 46 points and eight assists, wasn't enough for the hosts. They faced the in-form Nets, who went on to win their ninth straight game.

Durant and Irving led the way for the visitors with both 32 points. It's their fifth 30-plus-point game since the start of December.

The Nets outshot the first half 68-54 and never looked back.

This is only the fourth loss in 20 home games for the Cavaliers this season.