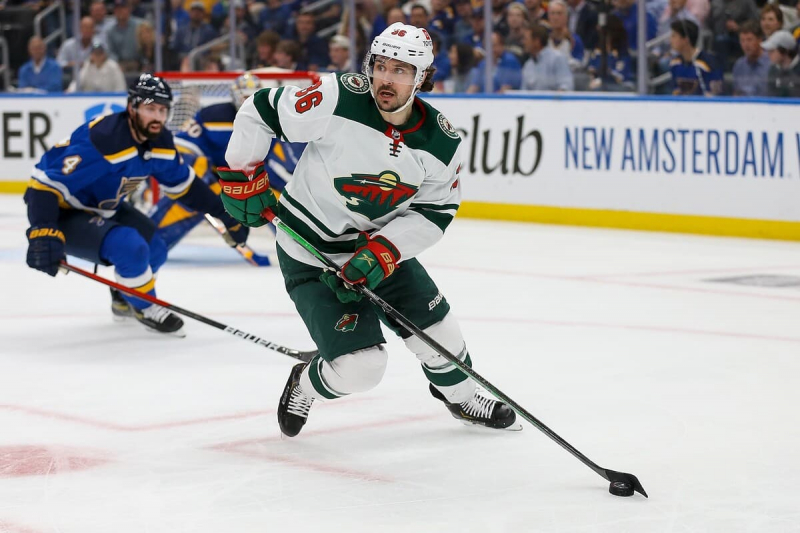 MONTREAL | There are players who seem to age more slowly than others. Mats Zuccarello falls into this rare category. At 34, the Norwegian had the best season of his career with 79 points (24 goals, 55 assists) in 70 games with the Minnesota Wild.

Now 35 years, the small right winger still hasn't shown a sign of slowing down in this young start to the season. Before the Wild's visit to the Bell Centre, he had already written his name ten times (4 goals, 6 assists) on the score sheet in just five games.

In the opposing team's locker room, Zuccarello offered a most generic response to describe his successes.

“Sometimes it's good. Sometimes the puck goes into the net. Other times it doesn't fit. I do not know. I don't have a good answer.

After this statement where he had a smile on his face as he made it, the number 36 of the Wild rephrased his thoughts thinking of one of his former teammates with the New York Rangers.&nbsp ;

“I don't have a special recipe,” he replied. I seek to have fun. I played with Marty (Martin St-Louis) and I remember he always had fun in practice and off the ice. Even at an older age, he was having as much fun as a youngster. I want to trace this model. »

Zuccarello and St-Louis shared the same dressing room in Manhattan for the end of the 2013-2014 season and that of 2014-2015. The head coach of the CH linked the impact of Zuccarello with the Wild to his intelligence on the ice.

“Mats entered the NHL late, recalled St-Louis. I am not surprised by his success. He is a very smart player and he works hard. He was a nice teammate in addition to being a good player. I found it funny too. »

Coming out of optional practice on the Bell Center ice, Zuccarello spoke of his former teammate as a teacher at heart.

“Yes, I could imagine him in this role. Martin knows his hockey. He is also a good teacher. It's in him. When I played with him, I thought he was going to become a coach. »

Zuccarello also insisted on the notion of passion. It is probably the most essential ingredient in his famous unknown recipe.

“It is true that you need passion. I like being in the locker room, talking with my teammates and having fun. We play a game. Hockey can get very serious with many expectations. But you also have to learn to relax and have fun.

On a strictly hockey level, Zuccarello also benefited from the arrival of Kirill Kaprizov in Minnesota. After a first season of 37 points in 65 games with the Wild in 2019-2010, the Oslo native winger has reached a production rate of just over a point per game in the last two seasons (114 points in 112 games), both with Kaprizov.

“I often get asked that question (about his complicity with Kaprizov), replied Zuccarello. We are good friends, we like to play together. I don't have a good answer. Sometimes it clicks with a player. This is the case with him. »