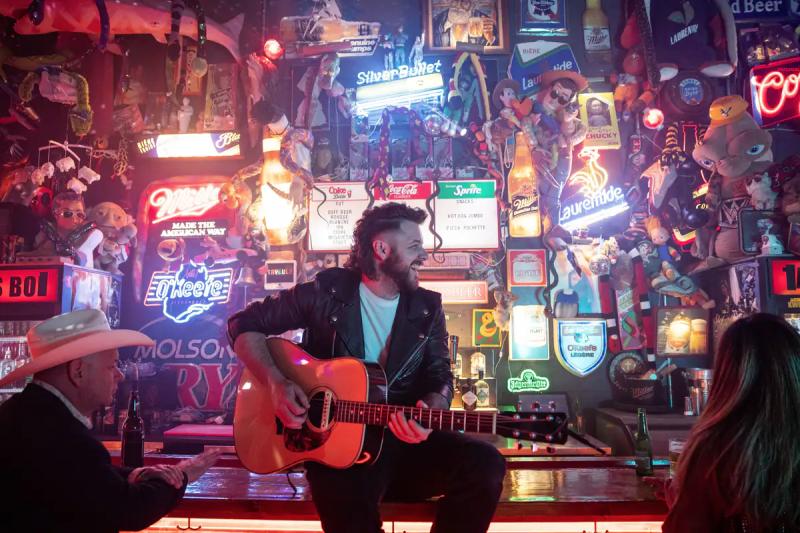 After Osheaga and ÎleSoniq, Parc Jean-Drapeau is now hosting the new country festival, Lasso, the first of its kind in Montreal.

Abandoning the western for the benefit of the “new country”, this new wave cradled by pop, rock or even folk sounds and arrangements at times, the festival hopes to attract a vast and diversified clientele, in addition to promoting this flourishing and very currently popular among southern neighbors.

“It's a style that really appeals to all ages and is growing in popularity,” said singer-songwriter and spokesperson for this first edition, Matt Lang, with whom the QMI Agency s was interviewed earlier this week, adding that this style has it all, even for western haters.

“In two or three years, I'm sure it will be a very popular style of music in Quebec. It's already in Western Canada and the United States, it's their style of music, “said the singer between two takes of the new music video he was shooting with Tyler Joe Miller at his cottage in Blue Sea, Outaouais.

For this first edition of Lasso, Evenko struck a blow by inviting American country stars Luke Bryan and Dierks Bentley as headliners to participate in this version. The organizers have also relied on a good number of Quebec artists, who are currently on the rise, whether they sing in French or in English. This is particularly the case for Five Roses, Léa Jarry, Brittany Kennell and Alex Burger, who are all scheduled to perform this Saturday on the various stages.

“When you come to see a country show, it's is big fun. If you want to take your mind off things and feel like you're on a road trip throughout the show, this is the place to be,” said Matt Lang, who enjoyed great success last month on the Plains at the Summer Festival of Quebec .

The singer is currently working on a new album, for which three songs have already been recorded, but no release date is yet scheduled.

Matt Lang is expected on the boards from the main stage around 3:45 p.m. this Saturday at the Lasso festival, just before Tim Hicks and Riley Green.