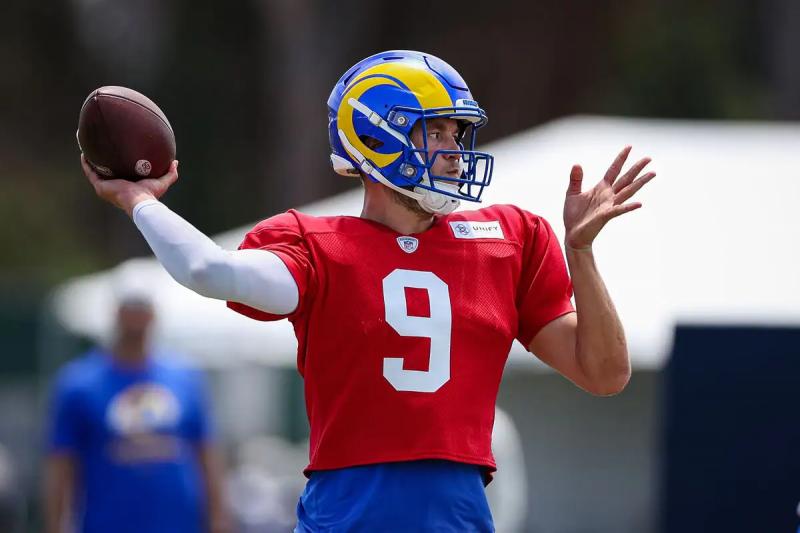 The further the Los Angeles Rams camp progresses, the clearer it seems that quarterback Matthew Stafford is no longer bothered by his elbow injury.

< p>The 34-year-old center had another great day at work on Tuesday, and he's been seeing a little more action every day since training camp began. If anyone had any concerns before, they do seem to be dissipating quickly.

Stafford had to play with elbow pain for part of the last campaign, which didn't stop him from leading his own to conquer the Super Bowl. However, an offseason without throwing passes seems to have allowed him to put his troubles behind him.

“I thought he had great energy, great control all day,” head coach Sean McVay told the media, according to NBC. He threw the ball with incredible precision in all parts of the pitch, he really activated all areas of our passing game. There are a few stints where he hit the targets that we wanted and we just need to be able to put the finishing touches on some of those plays.”

Stafford can therefore prepare for the new season without too much hassle. During the camp, he has the opportunity to familiarize himself with the game of newcomer Allen Robinson. The 28-year-old receiver has three seasons of at least 1,100 yards in seven more or less complete seasons in the NFL.

“I'm encouraged because we can get through this. We have these opportunities to feel what it means to him to be able to throw with Allen [Robinson],” McVay said.

The Rams will host the Houston Texans for their second of three preseason games, Friday. They will start their season at home against the Buffalo Bills on September 8.