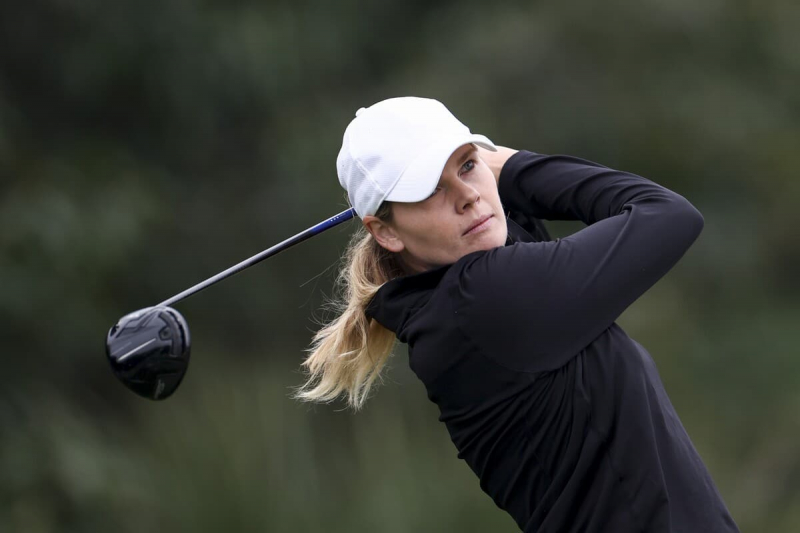 Sick golfer Maude-Aimée LeBlanc gave up the rest of the Toto Japan Classic on the LPGA Tour on Friday, after experiencing quite a bit of trouble during the initial day of the tournament.

The Quebecer packed up after a round of 77, five strokes over par, on Thursday. She was consequently tied for 77th last place, having been unable to wedge a single birdie. Her poor showing on the greens followed a nightmarish appearance at the BMW Women's Championship in South Korea where she ended up in the basement of the standings more than 40 shots off the lead.

No other Canadian women participate in this competition which will end on Sunday.