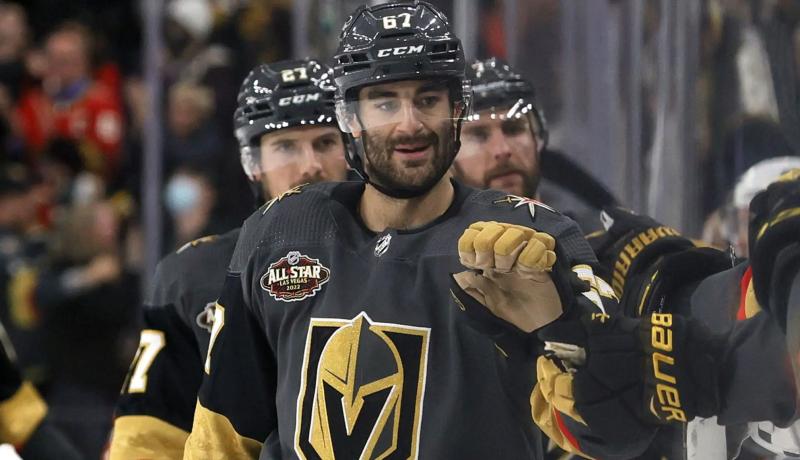 Forward Max Pacioretty thinks he can be a good complement and help the Carolina Hurricanes achieve their goal of winning the Stanley Cup.

< p>In a press conference, the day after the exchange which made him go from the Golden Knights of Vegas to the “Canes”, the American explained that he did not want to make waves and integrate quickly.< /p>

“I just want to do my part to help this team win,” he said. She's so close [to winning a Stanley Cup]. I intend to contribute and put my shoulder to the wheel.”

Obtained against future consideration, which means for free, Pacioretty raved about his new employer's work.

“I feel like in all the off seasons, Don [Waddell, the general manager] and all the guys here in Carolina are trying to add pieces to the puzzle.”

The 33-year-old veteran also clarified what type of “piece of the puzzle” he thinks he is.

“My job is to put the puck in the back of the net,” said the former captain of the Montreal Canadiens. I think I've done it very well throughout my career. I work hard every day to make sure I don't lose my offensive skills.”

Since 2013-2014, Pacioretty has never scored less than 17 goals in a season. Last year, he hit the target 19 times in 39 games, having been plagued by multiple injuries.

From enemies to teammates

Pacioretty is not the only veteran the Hurricanes obtained via a trade on Wednesday, as they also acquired defenseman Brent Burns.

The latter and Pacioretty were at the heart of the rivalry between the San Jose Sharks and the Golden Knights. They also experienced several acrimonious moments on the icy surface. The two skaters took the time to call each other and bury the hatchet.

“We talked about the times we would butt each other,” Pacioretty recounted. with a smile.

“He joked that he was going to be able to win the Lady-Byng trophy, because he won't have to try to hit me in the face anymore. We had a blast last year. He's a fierce competitor and that's what makes him such a good player.”

Pacioretty also believes that becoming a member of the Hurricanes along with his former enemy will allow him to transition easier.

“Coming here with Burns is great. We will be able to rely on each other and that will help us integrate more quickly with the group,” he said.