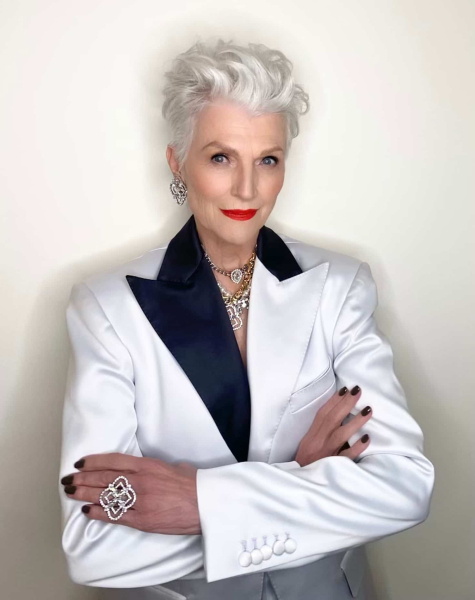 For those who don't know her, she is the mother of the wealthy Elon Musk, but she is also an optimistic and go-getter woman with a glamorous background. Recognized as a top model internationally, this woman with a strong character, the most determined, has also experienced dark episodes including domestic violence. Looking back, Maye Musk shares her life lessons today in her book.

We can certainly say that Maye Musk, now 74, is a great lady who has done very well in life. But this woman also experienced the worst ordeals and that is what she says has shaped her character over the decades.

From the outset we see, when reading his book, that his parents were different from the others. His father liked to fly small planes and enjoyed going on adventures crossing the Kalahari Desert in Africa, taking his five children with him. As a young man, Maye Musk acquired a taste for risk and this is what made her an ambitious woman who erected no limits, no borders.

“You could go on an adventure through the deserted for three weeks. My parents took risks, but it helped me through the tough times. At a very young age, they made me understand that I had to make a plan to improve my life,” she explains

Born in Canada, in Regina, Saskatchewan, Maye Musk will move a few years later with her family to South Africa. This is where she took her first steps as a model at the age of 15, after being a finalist in the Miss South Africa beauty pageant and becoming a dietitian. It is also there that she will marry a South African engineer with whom she will have her three children, Elon, Kimbal and Tosca.

But Maye Musk will experience several rejections while trying to make a career as a model. Unable to support herself, she must return to nutrition after earning a Masters in Nutritional Science after returning to live in Canada. She will have to wait until she is 60 for her career to take off.

“Even when you are rejected, you must never give up, you must continue to persevere and continue to seek work,” she says. “You also have to really love what you do. »

While living in South Africa with her husband and children, May Musk repeatedly suffered various abuses at the hands of her husband. Verbal violence, yes, but physical too. “The biggest challenge of my life was running away from my husband with three young children,” says May Musk. “I was terrified and I had no self-confidence, I was destitute, especially since my husband had taken all my savings. »

Still surprising that a woman of this caliber could have tolerated her husband's mistreatment for years. “The laws at that time in this part of the world did not favor divorces, even in situations of abuse,” recalls the one who had to move many times and not be afraid to start everything from scratch. “I had to wait for the laws to change and for women to be able to divorce their husbands. It saved my life. »

If she is aware that life can be cruel, the now mature great lady is wiser than ever and has learned to remember the hard-won lessons.

Although her career may make many women green with envy, having appeared on the covers of several prestigious magazines including Time and being the face of Dior, it does not seem to invade her with vanity, which does not prevent her to be proud to display her age, to wear gray hair and to pose in a bathing suit, sometimes even naked. Nevertheless, when asked what she is most proud of, May Musk answers unequivocally. “My three children are my greatest pride,” she exclaims. They all do good things in life, to make this world a better place.”

By discovering the extraordinary journey of Maye Musk, we also better understand that of his son, the multi-billionaire Elon Musk what she describes as gifted since her teenage years, able to memorize the Britannica encyclopedia in no time.

As for the various setbacks that life throws at us, here is her philosophy that she instilled in her children. “You can't control everything that happens to you in life, but you can have the life you want at any age. You just need to have a plan”, concludes the one who today lives in New York.

The lessons of a life