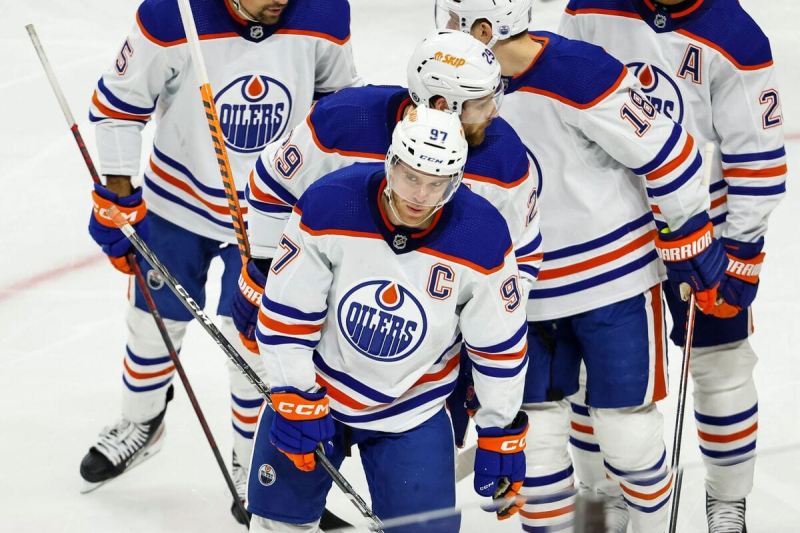 If the Stanley Cup playoffs started now, Connor McDavid and the other Edmonton Oilers players would be watching them from home, an outcome they intend to avoid at all costs by knowing quite a success for the rest of the season.

Head coach Jay Woodcroft's squad sits ninth in the National Hockey League Western Conference, one point behind the Calgary Flames, their big provincial rivals they were scheduled to face Tuesday night. While their 18-15-2 record isn't inherently bad, it'll take more to sneak into the playoff picture. This return should also be higher, considering that the Oilers bet on McDavid, first in the circuit with 66 points.

The lack of consistency is a factor explaining the mixed performance of the club. There have certainly been seven wins in the first 10 games of the regular schedule, but there has also been a diametrically opposed streak of three wins in 10 games. Recently, they fell to the Anaheim Ducks, Vancouver Canucks and St. Louis Blues, three teams that would not make the playoffs under the current standings.

“Last year we had a great start [16 triumphs in the first 21 clashes] only to fall into a ravine in the middle of the campaign. We found ourselves at the same point as now. This time it was a lot of ups and downs, like a roller coaster. These are two distinct ways to achieve the same result,” McDavid told the Edmonton Sun.

“We win two, we lose two and so on. It's different, but we're in the same place and we have to find a way to play the right way and avoid giving away wins. We wanted to start the Christmas break in good spirits and that was not the case, ”lamented winger Zach Hyman.

So there are 47 games left for the Oilers to get back on the road to success and stay there. What will it take to get there? Offense is not a problem, with Edmonton holding third place in the league with an average of 3.60 goals scored per game. In defense, the story is different: the team is in 24th place with 3.46 goals against.

“We have to be better and more consistent defensively, admitted forward Derek Ryan. I don't think scoring is an issue here. I've said it a million times. We have to work to play better in defense and it's not just the story of the backs. It's about the forwards, really everyone.”

After their time in Calgary, McDavid and his acolytes will visit the Seattle Kraken on Friday before hosting the Winnipeg Jets to conclude 2022 on Saturday .