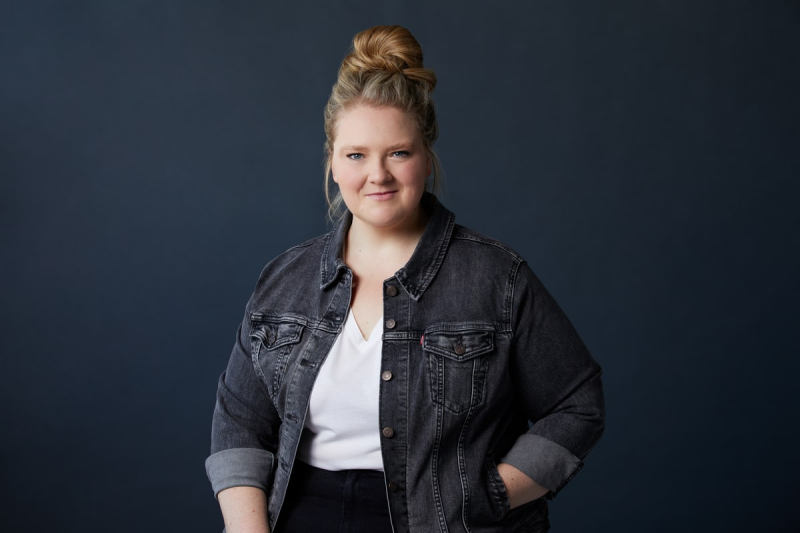 Because she wants to understand and spark a dialogue, Debbie Lynch-White will pilot the new documentary series “Free Love”, which will dissect the couple next year on the specialized channel MOI ET CIE.

Currently filming across the Belle Province with her team, the actress and host intends to expose the couple in all its diversity, the traditional model having evolved considerably in recent years.

Monogamy and love forever , on which marriage was based, now rub shoulders with new definitions, such as open, libertine, polyamorous or asexual couples, modern families or even trouples.

With the sensitivity and curiosity that we know for her, Debbie, who is the ideator of the series, puts herself in listening mode and shows open-mindedness, so that the conversation percolates into the cottages. And if we can get rid of some of our prejudices along the way, so much the better.

“We will always win by trying to understand each other better,” she told QMI Agency on Wednesday. , on the sidelines of the unveiling of this documentary series project.

The one who was in charge of “Coming-out stories” on the same channel, in 2021, recently spent an evening in a libertine club to see what it's all about.

“All my prejudices fell in one evening. I was destabilized on many levels, but it was also “fun”, it was like another world. I have the impression of having access, through the series, to places that we do not necessarily frequent. And people who live that way are not “freaks”. It's their way of life and relationship, “she said.

Debbie and her wife Marina Gallant often discuss relationship patterns with their friends and she sees changes around her. “I'm interested in rethinking the concept of loyalty, talking about jealousy, I think we see that with new glasses. Yes, at this point, I am already learning a lot of new business and I see that there are really several possible ways to engage with someone. I find it “fun” that more and more people are taking this freedom.”

The team also “found great protagonists,” says Debbie. “We have super inspiring people who shake up codes, traditions. They are proud to tell us about their reality and we have no difficulty finding them. I will also meet monogamous couples, very hetero normative. I have the will not to point the finger at the traditional model. The basic impetus is to take stock of what the commitment is in 2022 and 2023.”

Produced by Trinomes & Girls, the 10 half-hours of “Free Love” are produced by Maude Sabbagh and Marianne McGraw.

Although Debbie is interested in animation, she remains above all an actress. She will be featured in the new series “Les bombes”, this winter on Séries Plus, and she is in the final season of “La fissure”, available on Club illico.

In January, she will walk the boards of the Théâtre La Bordée, in Quebec, to present the piece “Les glaces”, by Rébecca Deraspe, which she previously played at La Licorne, in Montreal. She will take advantage of her time in the Old Capital to continue the filming of “Free Love” in parallel.