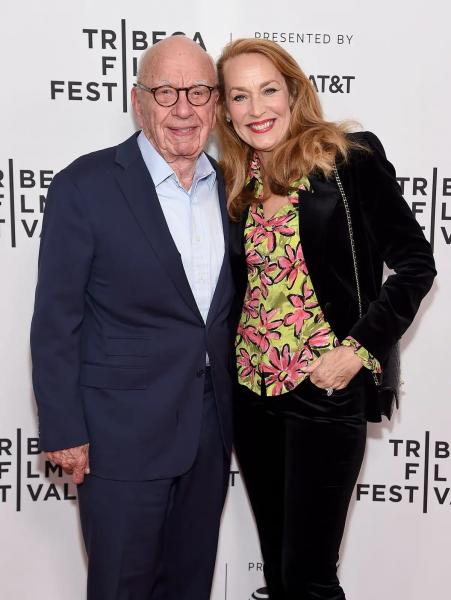 91-year-old media magnate Rupert Murdoch and his fourth wife, American model Jerry Hall, are set to divorce, The New York Times announced on Wednesday, saying it would have no bearing on his international media empire News Corp.

Mr. Murdoch, whose fortune is valued by Forbes at 17 billion dollars, and Ms. Hall were married with great fanfare in March 2016 in London.

Old-fashioned press boss, but also visionary, Rupert Murdoch transformed the Anglo-Saxon media with his sensationalist and rowdy style, and put them at the service of a conservatism close to populism, favoring Brexit and Trumpism.

From a small regional daily newspaper in Australia, The News in Adelaide, inherited on the sudden death of his father in 1952, this Australian born on March 11, 1931 and naturalized American in 1985, with a deceptively placid appearance, built an empire embracing three continents, North America, Europe and Oceania.

Through his New Corp group, he owns hundreds of media, especially in the United States with companies that control the influential conservative channel Fox News, the business daily The Wall Street Journal and the right-listed New York tabloid, New York Post. He is also the boss, in the United Kingdom, of the Sun and the Times of London and of newspapers in Australia.

According to the New York Times, which announced this divorce on the strength of two anonymous sources familiar with the matter, the separation should have no impact on the structure of the Murdoch empire.

Asked by AFP in New York, a spokesperson for the tycoon declined to comment and a representative for Ms Hall did not respond.

Keith Rupert Murdoch was first married from 1956 to 1967 to Patricia Booker, an Australian air hostess, then for more than 30 years, until 1999, to a British journalist, Anna Mann, who had received, according to the press at the time, more than a billion dollars after their divorce.

The billionaire married, a few days later, a businesswoman of Chinese origin, a graduate of Yale University, Wendi Deng, until their divorce in New York in 2013.

In total, Rupert Murdoch is the father of six children and his future ex-wife Jerry Hall, also an actress and former companion of Mick Jagger, is the mother of four children that she had with