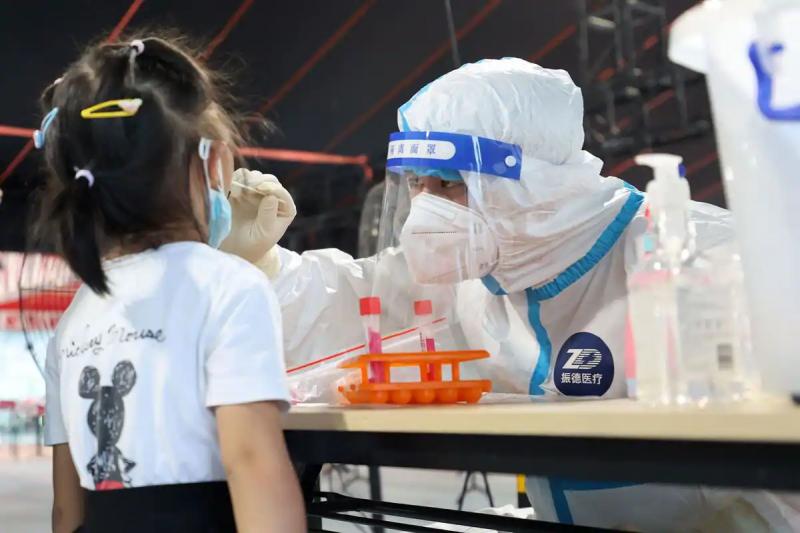 A popular medical news site in China is banned from publishing after questioning the effectiveness of a traditional Chinese medicine-based COVID treatment promoted by authorities.

Chinese President Xi Jinping in 2019 called traditional medicine “the treasure of Chinese civilization” and instructed that it should have as much influence as modern medicine.

The supposed virtues of traditional pharmacopoeia have since been regularly praised by the authorities.

A medicinal treatment based in particular on honeysuckle and apricot seeds, baptized Lianhua Qingwen, had thus been used against COVID during the confinement of Shanghai, between the end of March and the beginning of June.

The DXY portal, which offers many health services and has the Chinese internet giant Tencent as a shareholder, then questioned the therapeutic virtues of the remedy. The controversial article has since been removed by DXY.

But the site is now “banned from publication” on at least five of its social networks, due to a “violation of laws and regulations”, indicates the Weibo account of DXY, without specifying the offense in question.

DXY usually posts several medical articles per day on WeChat messenger. Since Monday, his accounts have also not been updated.

Joined by AFP, the Chinese medical information specialist did not react immediately.

On the Weibo social network, some netizens welcomed the suspension, accusing DXY of colluding with “anti-China forces” and spreading false information.

Others deplored the decision.

Several countries, including states United States, raised doubts about the effectiveness of Lianhua Qingwen in curing Covid-19, pointing to the lack of scientific evidence.

By 2003, traditional treatments had been widely used in China, association with Western drugs, during the SARS epidemic which killed 774 people worldwide, most of them in the country.

In 2015, the Nobel Prize in Medicine awarded to the Chinese Tu Youyou been considered a global recognition of traditional pharmacopoeia.

Beijing published its first White Paper on Traditional Medicine in 2016, q who defends in particular the establishment of specialized centers in developing countries, with the sending of doctors as a result.