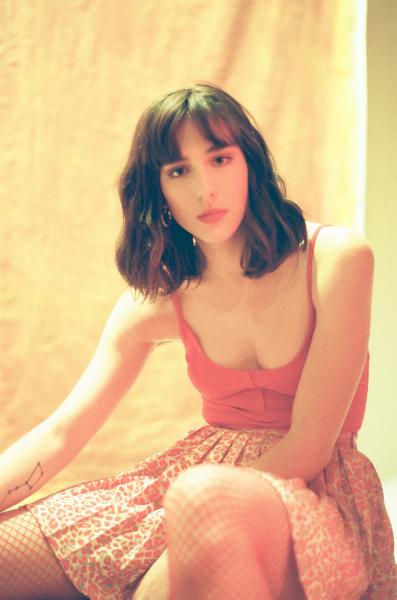 Seven months after the release of her first album, medium pleasure, Ariane Roy can finally offer it these days this in vinyl format. Le Journal spoke with the musician who is preparing an exclusive show, called Show Spicial< /em> for Montreal and Quebec, in addition to starting to develop the French territory.

Tell me about the Show Spicial. What is it?

“We were coming back to shows in Montreal and Quebec and I wanted to do that in a different way for those times. It's still the same songs – I didn't write a new album two months ago! –, but we have rearranged the order of the rooms, I have an additional musician and a new set. I kind of wanted to take this opportunity to improve things that I had wanted to do for a long time. I need a lot of change quickly, in general, when I do shows. I get bored relatively quickly and I often feel like trying something else. I thought it was a good opportunity to do it, to try new tunes, to review arrangements, to review the musical formula.

“It made me laugh! The show is changed a bit. By saying “special”, the expectations can be very high or very low [laughs]. Seems to me that it's not very glam as a word. With this title, we can expect anything. […] I often use the word “special”, in fact. It should be that word in the dictionary!”

This show in particular, will you do it in Montreal and Quebec City only?

“Yes exactly. In Montreal, it's October 21 at the National. And in Quebec, it's at the Pantoum on November 24. What is funny is that they are two very different rooms. But we decided to do the same thing anyway. They may be two different atmospheres. I have never played in the new Pantoum room before, but it feels like home to me. At the National, I find it a little more intimidating. But I thought it was just the right context to have a unique evening. […] The rest of the fall, it will be the usual spectacle of the medium pleasure tourthat we have been touring since the spring.”

Your album was released in February and you have performed a lot since then. Not all young artists are so lucky. How do you live with that?

“I realize that it counts a lot as a privilege. It's a chance that I have to be able to do shows. Not all artists can do so many post-pandemic shows. Since the spring, we've been doing a lot of shows. But at the same time, I also feel the need to write, to get back to composing my second album. When I have free time, I start writing again. Knowing myself, as soon as I have a new song, I will already want to try it on stage. I'm happy to have shows until next year because I will surely allow myself at some point to include new songs in the process.

You recently signed a contract with an agency of booking in France. How did it all go?

“I did a showcase at the Francos in Montreal last June. It's funny because for me, it went wrong! There had been sound problems, my guitar strap had failed… In my head, it was really not glorious! Finally, the next day, we got a call from a booking agency.French, 3C, who was interested in working with us. We went to France this summer for the FrancoFolies in La Rochelle and it became official. I am very happy because we are starting to explore land on the other side of the Atlantic. Everything is to start there, it is really in development. I have a little tour there in November.”

Your album medium pleasure comes everything just released on vinyl, seven months later. You must have been looking forward to it coming out?

“Really! It's been a while since the album came out and there was a long gestation before it saw the light of day. But yes, the vinyl is out. It's funny because I just got a record player. I wasn't one of those people who collects vinyl, but I think they are such beautiful objects. So I'm really happy that my album is on vinyl. I thought it was time to go buy some!»

♦ Vinyl medium pleasure is on the market. Ariane Roy will be performing on October 21 at the National in Montreal and on November 24 at the Pantoum in Quebec.