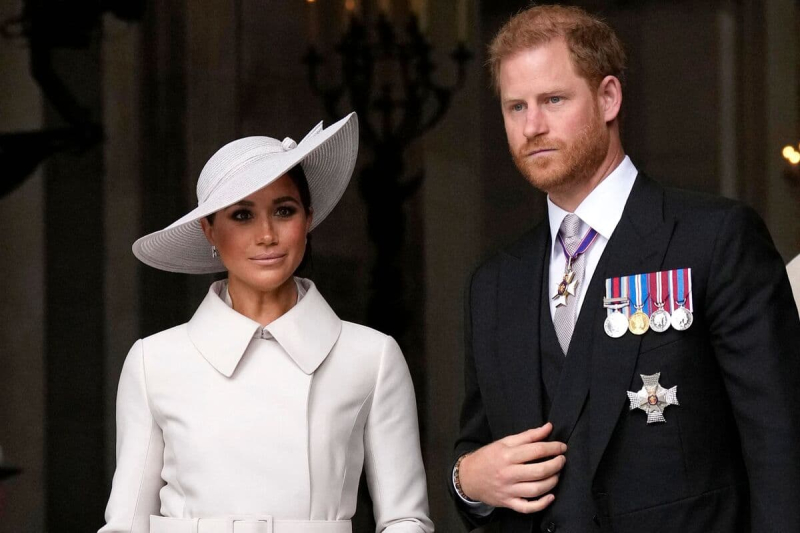 Meghan Markle, wife of Prince Harry, received 'despicable' death threats when she and her husband were still working members of the British royal family, a senior law enforcement official has claimed police.

Neil Basu, a senior leaving the London police, said he had to deal with death threats deemed credible against the “Sussex” coming far-right activists when he was head of the anti-terrorist police.

The policeman's claims, in an interview broadcast on Channel 4 on Tuesday evening, come as Prince Harry has regularly expressed fears for the safety of his family when they lived in the UK.

Meghan , a mixed-race American actress, and Harry, youngest son of King Charles III, decided in 2020 to distance themselves from the royal family and moved to the United States. In a smashing interview in March 2021, the couple leveled accusations of racism and callousness against the royal family.

Mr Basu, who is leaving the London police after 30 years of service, called the threats received by the couple “despicable and really real”.

“We had teams investigating, people have been prosecuted for these threats,” he added.

Harry, 38, sued the UK government for police protection when the family moved to the UK.

By ceasing to be working members of the Royal Family, Harry and Meghan lost the law enforcement protection afforded to them at taxpayer expense. Harry has offered to bear the costs and is contesting in court the refusal which was opposed to him by the Ministry of the Interior.

In addition, Neil Basu, who has Indian origins, denounced the “horrible” rhetoric about immigration by some conservative figures who are themselves of foreign origin.

The very right-wing British Home Secretary Suella Braverman, of Indian origin, for example spoke of a migratory “invasion” or expressed his “dream” of seeing asylum seekers who arrived illegally in the United Kingdom deported to Rwanda, a project for the moment stalled after an intervention by European justice.

For Mr. Basu, this speech is “inexplicable”. “It's amazing to hear powerful politicians speaking language that would bring back memories of my father in 1968,” he said in reference to a speech by Tory MP Enoch Powell on a so-called race war. in the UK because of immigration.