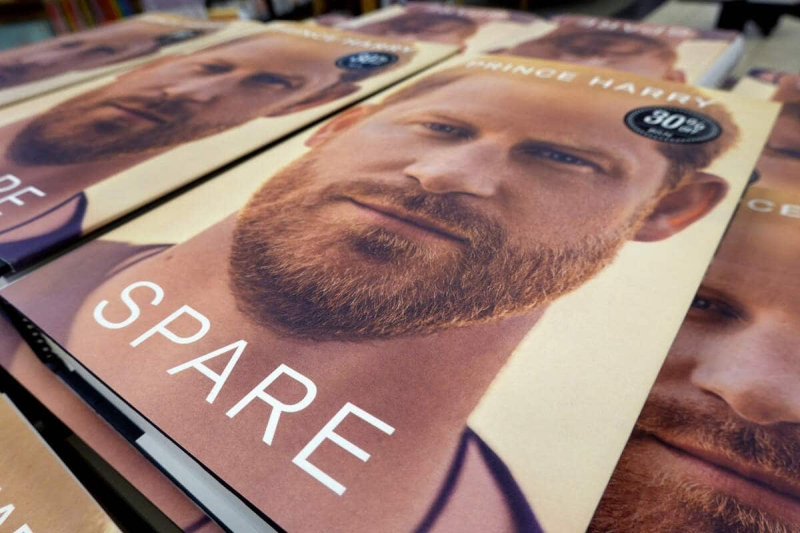 The memoir of Prince Harry, with very harsh revelations for the British monarchy, got off to a flying start with sales that exceeded 1.4 million copies on the first day for the English edition, the publisher announced Thursday.

According to Penguin Random House, “Spare” (“Le Suppléant” in French), these sales in the United Kingdom, United States and Canada, in all formats and in all forms (digital, audio, etc.), are without precedent for an essay published by this publishing giant. The latter did not give figures for the 15 other languages ​​in which the book was published.

In this book published on Tuesday, four months after the death of Elizabeth II and four months before the coronation of Charles III, the prince exiled since 2020 in California paints a critical portrait of those close to him, settling scores that are sometimes more than twenty years old.

No one emerges unscathed from the “Substitute”: neither himself, in his adolescence marked by drugs and alcohol, and who tells his story with shamelessness, nor his father King Charles III, nor his brother William, the most attacked , nor her mother-in-law and now queen consort Camilla, or her sister-in-law Kate.

His “beloved brother and best enemy” is the most criticized of all. Presented as angry, William would never have loved his wife Meghan whom he considered “ill-mannered and aggressive”, and would have during an argument in 2019 thrown Harry to the ground in the dog bowl.

< p>Harry describes a long rivalry between William “the heir” and him “the alternate”. “I was the shadow, the understudy, plan B.”

Buckingham Palace has so far remained silent on these accusations even though the press has reported, citing anonymous sources, of the dissatisfaction of the Windsors.

King Charles III as well as William and Kate are due to make their first public appearances since the publication of the book on Thursday.

Despite the good sales of the book, the popularity of the prince is at half mast in the United Kingdom, where he is often described as a spoiled child who wants the advantages of royalty without the disadvantages. Only 26% of Britons have a favorable opinion of the Duke of Sussex, according to a YouGov survey carried out in early January, down seven points from December.

Even young people, who have long been more favorable, are now divided with 41% in favor and the same proportion of unfavorable opinions.