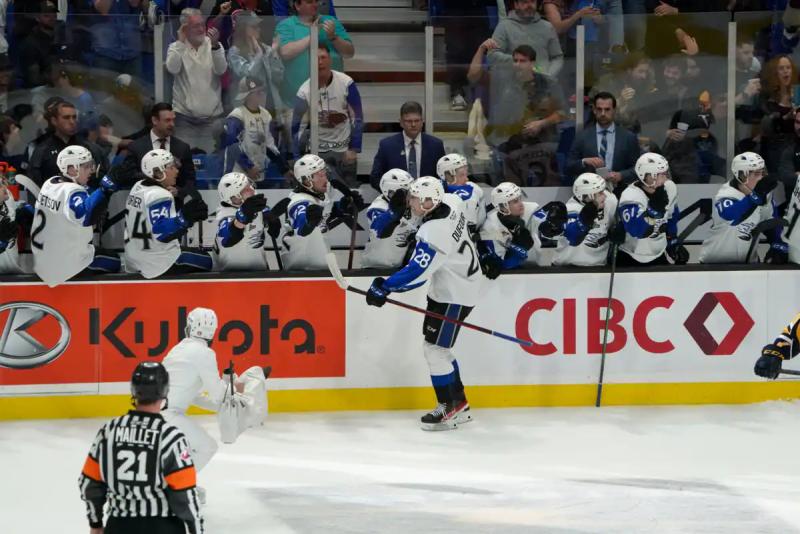 The St. John Sea Dogs won their second Memorial Cup in franchise history by beating the Hamilton Bulldogs 6-3 on Wednesday night in the final of the prestigious tournament hosted at TD Station.< /strong>

The host team won the Canadian Junior Championship title for the first time in 2011. It is also the third consecutive edition that a formation of the Junior Hockey League Quebec major wins. It's quite a triumph for the Sea Dogs, considering they were eliminated in the first round of the Courteau Series playoffs.

In the matchup against champions Ontario, the crowd favorites started the game strong. Vincent Sévigny and Cam MacDonald moved the ropes in the first six minutes of the opening period. On these two successes, William Villeneuve provided assists.

Riley Bezeau and William Dufour scored in the second period, while Josh Lawrence and Peter Raynold (empty net) touched the target in the third period for the Sea Dogs.

Mason McTavish, with his fifth and sixth of the tournament, and Montreal Canadiens prospect Jan Mysak provided the Bulldogs' reply.

< p>In the net for the winners, goaltender Nikolas Hurtubise saved 24 of the 27 pucks sent in his direction, including 12 during the last period. At the other end of the rink, Marco Costantini also faced a total of 27 shots.