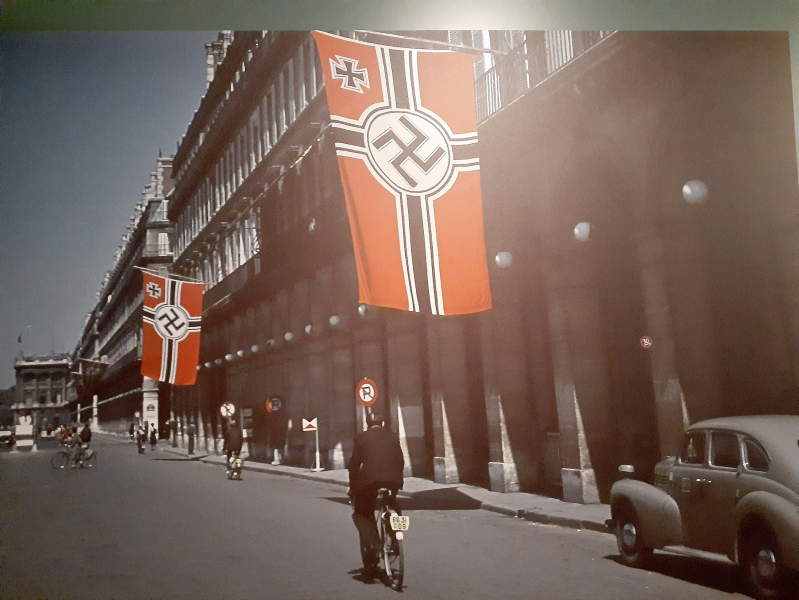 While in France, I visited the Museum of the Liberation of Paris, opened three years ago, which documents the Nazi occupation during the Second World War.

When I see that in Quebec, a defense lawyer “refused to admit that it was because of Nazi ideology that the Jews were exterminated during the Second World War”, I say to myself that many people, ill-informed, would do well to spend more time in museums.

As Roxane Trudel reported Friday in Le Journal: “Under the jaded gaze of her client accused of inciting hatred, the lawyer for an influential neo-Nazi tried to convince the court that it was not the Nazis who exterminated the Jews during the Second World War”.

How ironic: the day before, I had spent three hours at the Paris Liberation Museum, reliving in chronological order the rise of Nazism, the Nazi occupation of France, resistance, collaboration, then liberation with the help of Allied forces.

In front of one of the windows, I was flabbergasted when I saw a photo showing the Parisian apartment where I lived as a teenager, but which, in 1940, displayed large flags with the swastika of the Nazis.

On July 8, we highlighted the fact that 79 years ago died Jean Moulin, one of the leading figures of the French Resistance, who died after being tortured by the Nazis. Precisely, at the Museum of the Liberation, we find in a window a terribly poignant letter that Moulin addressed to his sister and his mother. We read this incredible sentence: “I did not know it was so easy to do your duty when you are in danger”.

And this postscript: “If the Germans – they are capable of anything – made me say things contrary to honor, you already know that this is not true”.

We will soon be celebrating (July 16 and 17) the eightieth “anniversary” of the Vel d’Hiv roundup, one of the darkest episodes in the history of France. During these two days of 1942, at the request of the Nazis, the French authorities set up a roundup of 13,000 Jewish men, women and children who were piled up, without food and without water, in the Vélodrome d'hiver before to be sent to extermination camps.

At the Shoah Memorial in Paris, there is currently an exhibition of the works that the cartoonist Cabu produced in 1967 when a shocking book revealed to the French the extent of the horror of the roundup.

Because he had been affected by this “terrible book” which “gave him nightmares”, Cabu made sixteen drawings which are also published in a collection, on sale in French bookstores.

Here, I think I'll buy a copy of this book and send it to this lawyer who doesn't seem to have learned much from her history books.

In France, history is everywhere. In front of the schools, you can see plaques recalling that children were arrested and then deported “because they were Jews”. This is called “the duty of memory”. Too bad that in 2022 some don't have this decency.