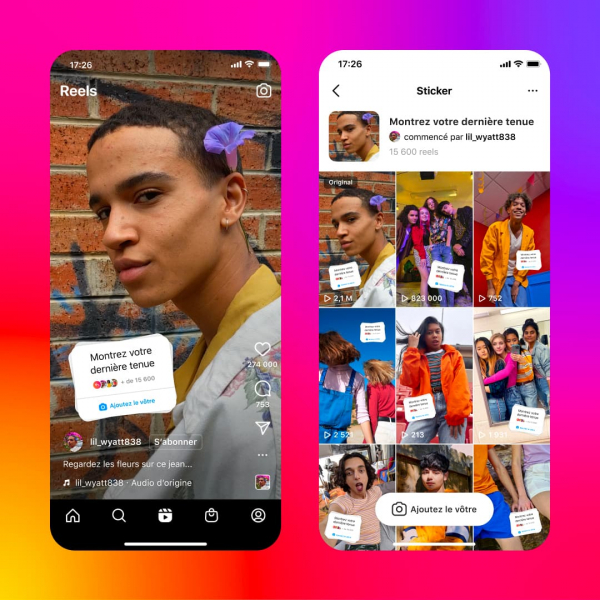 Meta announced Tuesday new features for Instagram and Facebook regarding Reels, the increasingly popular short videos on its platforms.

The new features are likely to particularly appeal to digital content creators, who will be able to, among other things, monetize their Facebook Reels.

So here's what's coming for Reels!

“Add your own” sticker

The sticker that originally launched on Stories is now rolling out to Reels on Facebook and Instagram. The 'Add yours' sticker helps you join or start a trend – each time you use it, Reels added by others will appear on a dedicated page.

Auto-Created Reels are selected from your previously shared Facebook Stories, allowing you to share your favorite memories as Reels with just a few taps. When you create a Reel on Facebook, you have the option to select a self-created Reel, which you can choose to edit or share.

Add your own rotation to your favorite Facebook Reels with Remix – in addition to the ability to have your remix appear at the same time as the original Reel, you can now add your clip after the original to play sequentially.

The ability to earn money with Facebook Stars on Facebook Reels is now rolling out to all eligible creators.

Creators told Meta they want more visibility into how their Reels are performing, so the company is rolling out new metrics in Creator Studio that will help identify content in Facebook Reels that resonates with their audience. These metrics will include reach, minutes watched, and average watch duration, helping creators quickly see what their fanbase likes to watch – and for how long.