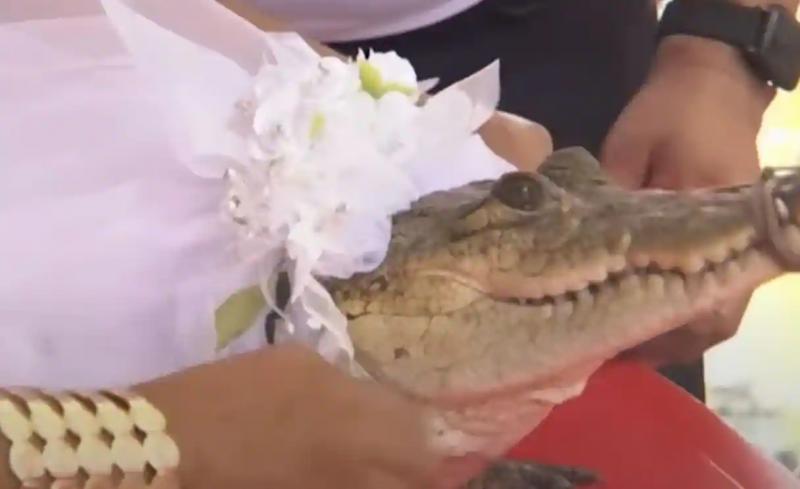 A wedding according to local tradition was orchestrated between the mayor of the city of San Pedro Huamelula, Mexico, and an alligator.

The videos taken from the event show the animal dressed in a wedding dress and carried by her husband.

The lucky seven-year-old still had a rope around her mouth to avoid that she accidentally munches on a diner, reported the DailyMail.

It's a continuing tradition that is said to bring abundance to this village in southeastern Mexico.

The reptile, called Little Princess, represents the time of the Mother Earth ceremony, and her marriage to the local chief symbolizes the union of humans with the divine.