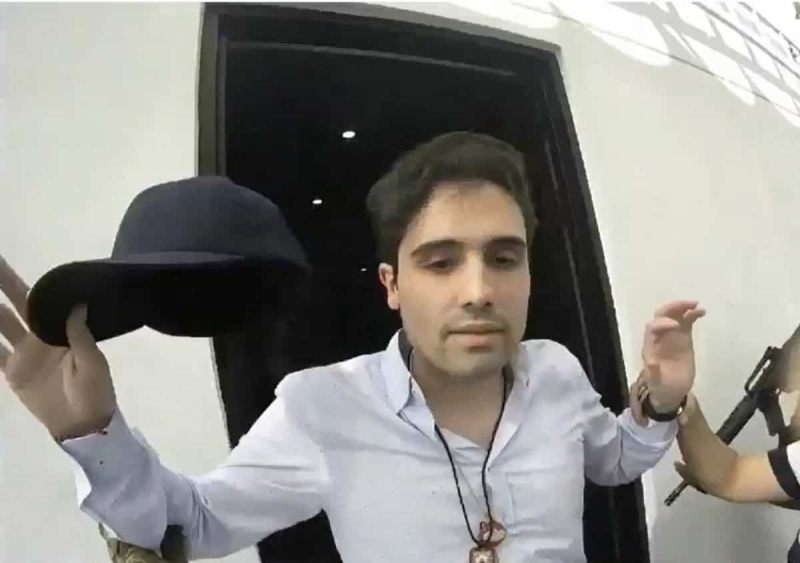 The operation that culminated Thursday in Mexico in the arrest of Ovidio Guzman, one of the sons of drug baron Joaquin “El Chapo” Guzman imprisoned in the United States, has made 10 dead among the soldiers engaged and 19 among the suspected criminals, announced Friday the government.

“Ten soldiers (…) have unfortunately lost their lives in the exercise of their functions” , Defense Secretary Luis Cresencio Sandoval told reporters, adding that there were also “19 deaths” among the suspected criminals.

Thirty-five other servicemen were wounded by gunfire , while 21 people were arrested during this operation carried out in Culiacan, in the capital of the state of Sinaloa, during which intense exchanges of fire took place.

The previous toll reported one dead and 28 injured.

A high-ranking army officer was among the victims, Sandoval said, adding that his patrol had It was attacked following the arrest of Ovidio Guzman, alias “El Raton” (“the Mouse”).

“We have no information regarding civilians who may have lost their lives” , added Mr. Sandoval.

An airliner and two planes of the Mexican Air Force were hit by projectiles moments before takeoff, according to the same source.

The official aircraft “had to make an emergency landing, despite the fact that they had received a significant number of impacts”, indicated the Secretary of Defense. None of these incidents resulted in injuries.