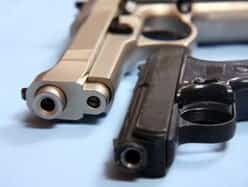 A ten-year-old in Mexico shot and killed another eleven-year-old because he beat him at video games, multiple Mexican media reported Wednesday. < /p>

The attacker shot the victim with a pistol that he picked up from the family home in a miserable area of ​​the state of Veracruz (southeast).

The two children had played on a video console rented from a neighborhood business in the town of La Perla.

“I only ask one thing, that someone help me so that justice is done, because my son died through the fault of the parents of this child who killed my child,” the victim's mother said at the funeral on Tuesday, quoted by the daily Reforma.

Parents of the perpetrator are responsible because they left “a gun on the table”, according to the mother, whose name is Leticia after Reforma.

The perpetrator and his family have fled.

It is “sad” that a child then to have access to a weapon, commented the governor of the state of Veracruz, Cuitlahuac Garcia, considering that there were “without doubt responsibilities” to be established.

Experts quoted by the Mexican media estimate that the petty aggressor is also a victim of violence in parts of a country that recorded 30,968 homicides in 2022 (down 7.1% year-on-year).

In the United States neighbours, a six-year-old boy was arrested on January 6 after shooting his teacher at a school in eastern Virginia in class, seriously injuring her, according to police.

The Taurus pistol of 9mm caliber had been legally purchased by the child's mother.

Veracruz is one of the poorest states in Mexico, and one of the most violent.