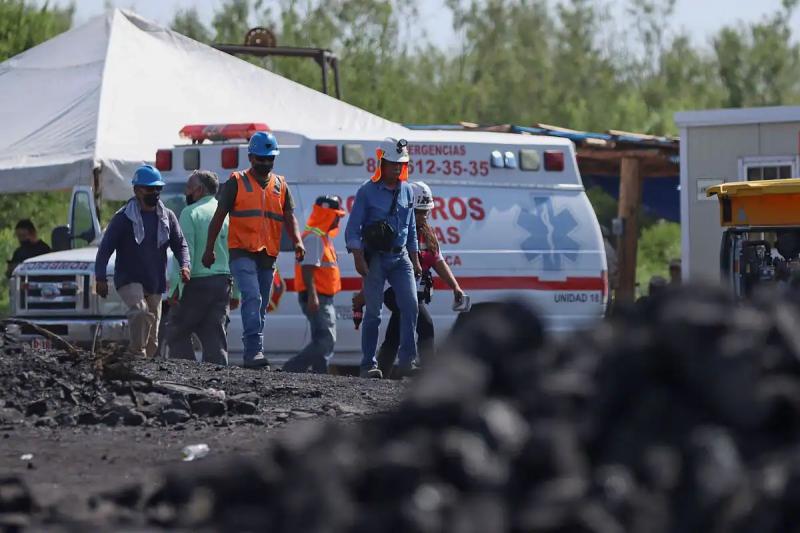 SABINAS, Mexico | Firefighters and submersible pumps, prayers, tears: 230 rescuers were engaged in a race against time on Thursday to save ten miners trapped underground the day after the collapse and flooding of three coal shafts in northeastern Mexico.

“Time is very important. We are very focused on the task at hand”, summarized the Civil Protection coordinator, Laura Velazquez, returning to the rescue operations to save the miners stranded in wells 60 meters deep, flooded over 34 meters. .

“To get to the mines, you have to descend through three shafts. It’s complicated, but we succeeded,” she added.

Five minors have already been released and have been hospitalized, said the head of Civil Protection. Two of them have even already left the hospital.

Supporting images, civil protection explained that they were trying to “lower a submersible pump through one of the wells of access to the mine” to extract water.

“What I want with all my soul is that we save the miners,” added President Andres Manuel Lopez Obrador. “We must not lose faith, we must not lose hope,” he added.

Some 230 rescuers were sent to the scene of the accident, 1130 km north of the capital Mexico City, in the region carboniferous region of Coahuila, said a member of the Ministry of Defense.

At the scene of the accident, in the locality of Las Sabinas, the National Guard indicated that it had established a security perimeter “to prevent the inhabitants from entering the disaster area”.

Des relatives of the miners spent the night there, near the three shafts, after having gathered on Wednesday, between anguish and tears.

“Unfortunately, there is not much hope” , a man posing as the cousin of one of the miners, José Luis Amaya, told the continuous news channel Milenio TV on Wednesday evening.

A mother said that one of her two sons was able to get out of the mine, unlike his brother who was still stuck.

“We know what you are going through. It is a very strong uncertainty and anxiety. Know that we are with you,” said the mayor of las Sabinas, Diana Haro Martinez.

The accident occurred at 1:35 p.m. Wednesday. The flooding of three coal shafts caused “the softening of the walls inside”, explained the Ministry of Security.

The mine began to operate in January without no abnormalities have ever been reported, the local government said.

In June 2021, seven miners died in the collapse of another coal mine in that same state.

The most serious accident in this region took place in 2006, when a gas explosion inside a mine killed 65 people.< /p>

In Chile, 33 miners had been extracted alive from a mine, after 69 days underground, on October 13, 2010. The story had kept the media around the world in suspense.