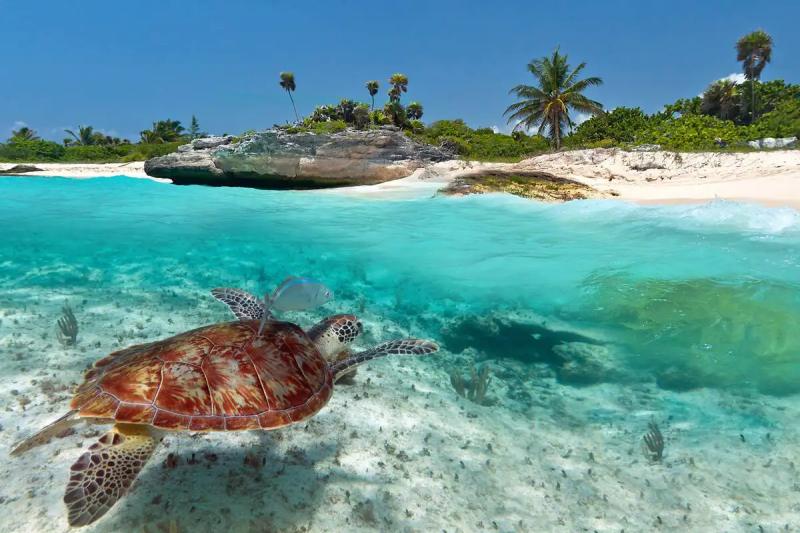 The victims had neck wounds apparently inflicted by a knife, according to a police report.

A caretaker at their residence, located in the center of Playa del Carmen, was injured, according to the State Prosecutor's Office of Quintana Roo, Mexico's tourist showcase with 12.5 million visitors last year.

In the apartment where the bodies were found, investigators found papers showing the man with three different identities, leading authorities to believe he was wanted for fraud.

Police say they don't yet know if the couple lived year-round in Playa del Carmen or were just passing through.

On January 21, two Canadians had already been killed and another injured in a shooting that had broken out in a hotel complex near Cancun.

Beach resorts on the Mexican Caribbean coast (Riviera Maya) were rocked by violence in recent months, some of which has affected foreigners.

In March, a Briton living in Playa del Carmen was shot and killed in broad daylight while on board his car with his daughter.

On January 26, an Argentinean, manager of a nightclub in Playa del Carmen, was also murdered by two shots in the head.

In October, two young tourists, an Indian and a German, were killed by stray bullets in Tulum, during a shootout attributed to a settling of accounts between suspected drug traffickers.

Quintana Roo authorities believe that the majority of this violence is the consequence of the sale of drugs at retail or extortion practiced on the shops ants by petty traffickers who compete for the market.

Tourism represents 8.5% of the GDP of Mexico, the 15th largest economy in the world.