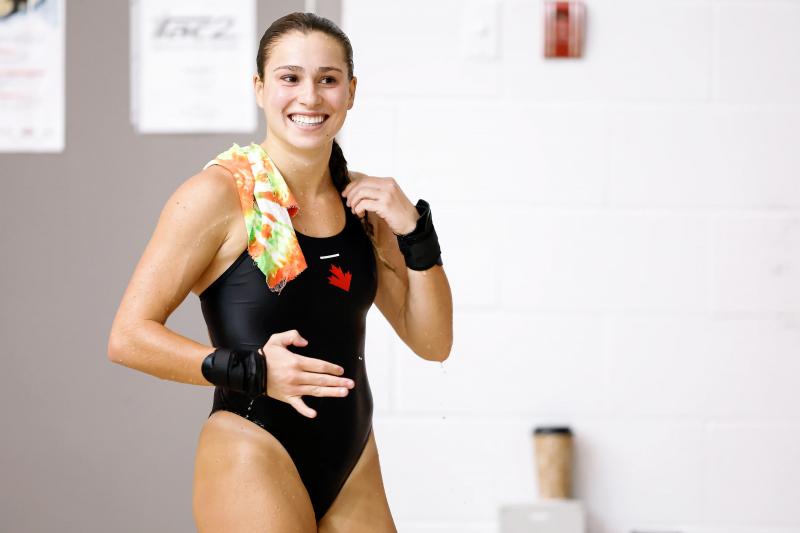 One day after winning gold in the 1m springboard event, Quebecer Mia Vallée continued her successful year by climbing to the third step of the podium in the 3m synchronized event, Saturday at the Games Commonwealth, Birmingham.

“When we qualified for the Commonwealth Games, I don't think either of us had a synchro medal under the radar. To think back to that moment and compare it with today, bronze medal around your neck, it's really exciting,” said Vallée, according to a press release from Diving Canada.

The 21-year-old diver and her partner, a native of Manitoba, struggled a little on their second attempt, but still took great satisfaction from their performance on the day.

“We are all both very proud of what we have done. It was the best list we've made since we started working together,” Vallée said. Sunday.

“I feel really good! I hope to be able to stand on the podium a third time in the 3m individual tomorrow [Sunday]. I have high expectations for this event too,” she concluded.

A record and gold for Camryn Rogers

As for the women's event at hammer throw, Canada's Camryn Rogers shone brightly as she set a Commonwealth Games record on her first and last throw of the competition.

The 23-year-old Rogers has just won silver at the World Championships. world of athletics and seems to have the wind in its sails.

“It's a very good sequence, she slipped to Athletics Canada. I had the chance to dedicate all my energy to these Commonwealth Games, which are my first. I have a lot of energy.”

It was also his compatriot Jillian Weir who closed the podium with a distance of 67.35 meters.