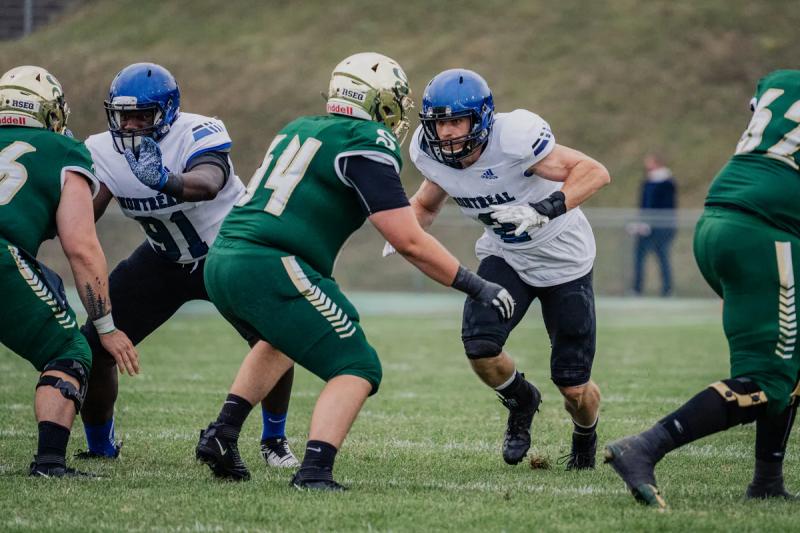 An interception for a touchdown, 6.5 tackles, a victory over the Université Laval Rouge et Or and the title of defensive player of the week in the Quebec circuit: the linebacker of the Carabins de l University of Montreal Michael Brodrique couldn't have asked for more in his first game of the season.

“I can't imagine anything better. It's a week as we like them. It feels good to be back and playing with the guys,” said the 24-year-old athlete.

Dominating against the Rouge et Or last Saturday, Brodrique was forced to start his campaign later than his Blues teammates. The Carabins coaching staff didn't want to take any chances with his health, as the fourth-year player was still recovering from ankle surgery.

“We missed him in our first game [a 26-18 win over Concordia], but we knew he was going to be a big part of our defense when he came back. He proved it on his first lap,” said head coach Marco Iadeluca.

Brodrique is an outstanding athlete. par, but that is not what explains its excellence.

“He's a guy who understands offense and what's happening on the field. He can play faster than the average player because he understands things,” said defensive coordinator Denis Touchette.

“When a player has a football IQ like that and he's a good athlete, he's a real gold mine for coaches.”

The native of Sainte-Marthe-sur-le-Lac takes the time to ask a lot of questions during meetings to gain an advantage.

“I've always been someone who wants to know more and understand things,” Brodrique said.

“I try to be cerebral. My coach often tells me to think about what can happen before the game starts and I try to do that constantly. It allows me to be ready and I think it helps our defense.”

The one who plays as an inside linebacker will be eligible for the next Canadian Football League (CFL) draft. He does not hide his dream of evolving among professionals. In this context, he knows that he must always be at his best this season.

“All my performances count, both defensively and on special teams. I want to try to show as much as possible what I'm capable of doing.”

Brodrique could have been eligible for the last CFL amateur auction, but decided to favor his studies in preschool education and primary education. It was a way for him to cover his back and another proof that he never leaves anything to chance.