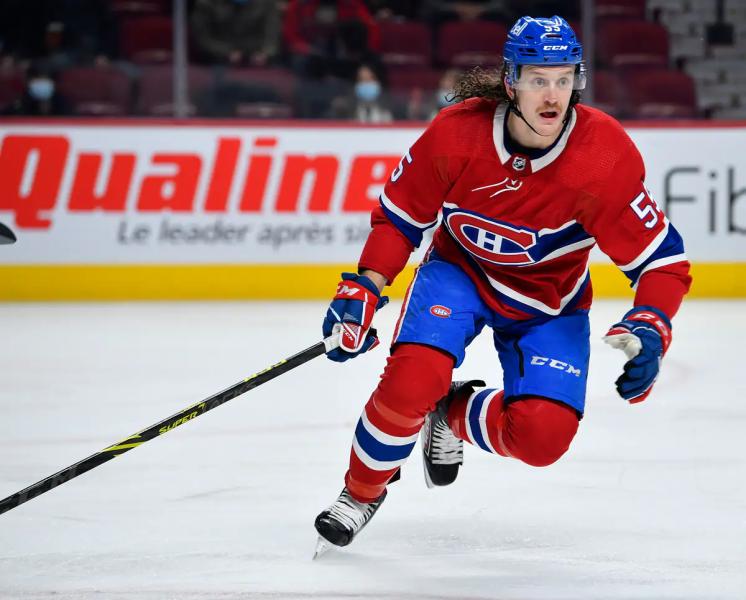 Michael Pezzetta has a heart as big as the Bell Center and a determination to make Ironman fans swoon. Still, in a normal season and on a less competitive roster, he would never have hung on for 51 NHL games.

Obviously, this extended stint with the Canadian in which he scored five goals and added six assists is to his credit. After all, that's what landed him a new one-year, one-way deal this time with the Habs.

“Last year, I think I showed that I was of the caliber for the NHL. They know what I can do. I know they know what they can get out of me every night,” he said after morning practice before the game against the Devils.

The 24-year-old Torontonian years is happy with what he has accomplished, but he is not fooled. He knows that for players of his type, it's always about starting from scratch… or almost.

“I want to continue to build my game and show that I can bring different things , he pointed out. Now what I want to do is show that I can control the puck in the back end and I can make plays.”

“Generating attack from behind the net and from the boards has got to be my bread and butter,” he continued.

Pezzetta is certainly using the right strategy in wishing to offer a more diversified game.

Over the summer, Kent Hughes acquired Evgenii Dadonov, Kerby Dach and Sean Monahan. Including the injured, 14 forwards currently have one-way contracts. Names to which is added that of Juraj Slafkovsky, the very first choice of the last auction. That's a lot of people at mass.

“Indeed, there are a lot of attackers. There are young people, very talented players and others who were in Laval last year and who are pushing to carve out a position, he acknowledged. I know that the caliber is always higher, that there are always stronger players arriving. It's a healthy competition that pushes us to surpass ourselves during the summer and that prepares us for the camp.

Last year, of the 40 skaters to have worn the uniform of the Canadiens, Pezzetta is the one whose average time of use was the lowest (7 min 50 s).

“If I am lucky enough to play shorthanded and excel, that will also allow me to add minutes.”

We wish it would, but unless there's an unexpected outbreak, it won't. Last winter, in 51 games, he only saw action in this phase of the game for a total of nine seconds.