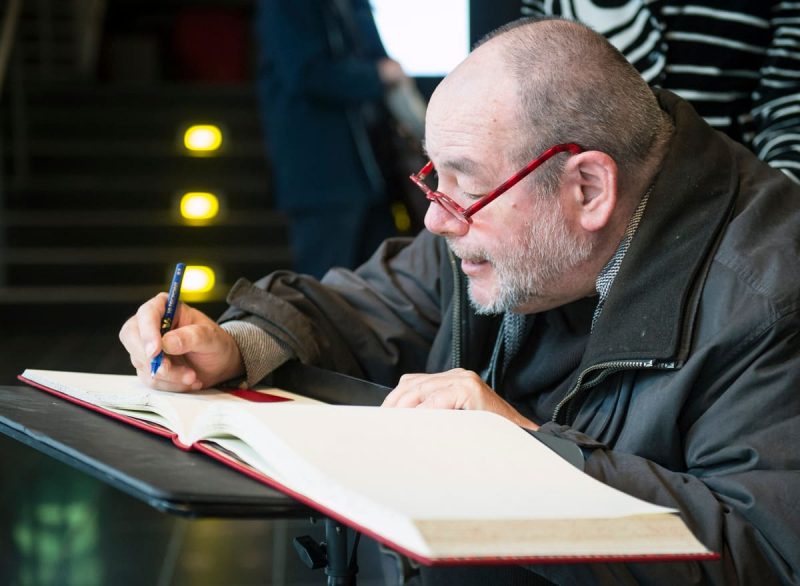 Michel Tremblay, René Richard Cyr and Denise Filiatrault wanted to pay tribute to their old friend André Brassard who passed away last night at the age of 76.

Author and playwright Michel Tremblay found it important to confide in André Brassard, with whom he shared a friendship dating back more than 40 years. It was in the company of Denise Filiatrault that he went to pay her a last visit last week at Notre-Dame Hospital.

“We felt like we were going back more than 50 years, confided the author, laughing while Brassard had problems speaking and that he and Denise Filiatrault have hearing problems. He was told that he should say the important things by speaking louder (…) It was a great meeting. »

Michel Tremblay vaguely addressed “the personal problem” that arose between them in 2005, while ensuring that he always remained in contact with his friend. “I kept sending him my texts and he would reply. We had contacts by email – luckily there were emails! – during these 23 years. »

The last thing André Brassard will have read by Michel Tremblay is his latest novel, completed in March and which will be published shortly.

“He had great pain, told the writer to various radio microphones this morning. He said: you, when you leave, your texts will remain, me, when I leave, everything I have done in my life will remain only in the memory of those who have seen my show and when they are gone. , there will be nothing left. »

In addition to the discussions “which made me improve my texts”, the author says he owes Brassard the most beautiful he wrote in his life: that of the father and the son in The real world. This is because André Brassard had read it and told him that there was a scene missing from this play.

“What comes to me is the word love, added Michel Tremblay to the memory of André Brassard. I loved him and I still love him deeply. We can prepare for the death of a person over a long period (…) for 12 years I have been a little in shock, I will have to pull myself together. He was one of the most important people in my life. »

A mentor for several generations

For the actor and director, René Richard Cyr – who also went to visit the director at the hospital recently – André Brassard was a mentor for a whole generation of actors.

“He had a huge impact on several generations,” the comedian told the media, lamenting the decline in the theater man’s quality of life in recent years.

“He had a huge influence my own practice, but I'm not the only one. He had several children and now we just have to try to live up to the giant that he was, is and will still be, because he influences my practice and that of many young people. It's always a tough slap to take when someone of his stature leaves us.

He described as immense the impact that André Brassard will have had for actors and theater people, but also by creating “a kind of social, artistic and political upheaval”.

“I didn’t think he would leave so quickly, Denise Filiatrault in turn confided to the radio. I loved him very much and everyone loved André. It's very sad to see him go so quickly and on his own. »