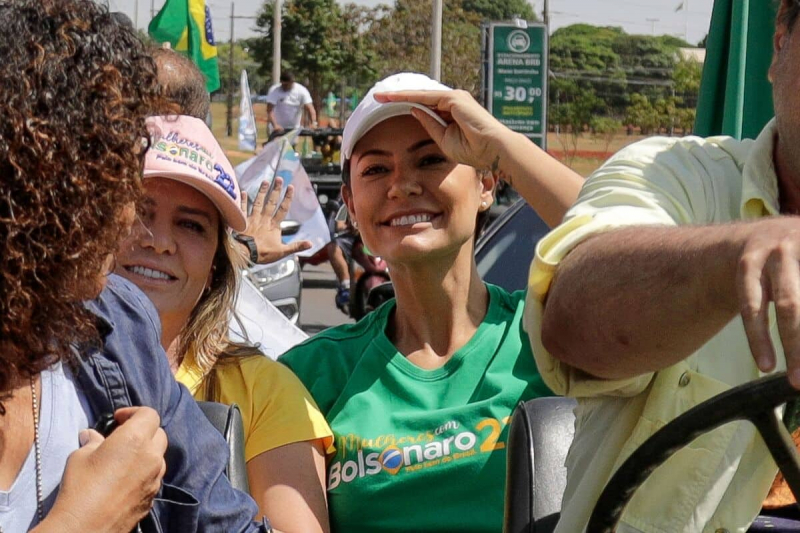 Michelle Bolsonaro, first lady of Brazil, on Monday denied rumors of problems with her husband, beaten in the second round of the presidential election the previous evening by Luiz Inacio Lula da Silva.

Rumors spread when Internet users noticed in the morning that the Instagram profiles of the far-right president and his wife were no longer “following” each other.

“Jair has explained on several occasions that he is not the one who manages (his safe accounts) this social network. My husband and I remain united, we believe in God and in all that is best for Brazil,” Michelle Bolsonaro, 40, wrote in an Instagram story.

“We will always be together, we love each other, in joy and in sadness… May God bless our nation”, added this fervent evangelical.

It is was the first public reaction from a member of the Bolsonaro family since Sunday night's election defeat, on which the defeated president remained silent.

< p>It is common knowledge in Brazil that Carlos Bolsonaro, one of the president's sons, has access to his father's social media accounts.

In March 2019, he apologized for posting a message on the head of state's Twitter account without his consent.

A few hours after the publication of the first lady, it was the turn of Flavio Bolsonaro, the president's eldest son, to break the silence .

“Thank you to those who (…) offered my father the best score of his life” in an election. “We will raise our heads, and we will not abandon Brazil!”, he tweeted.

Jair Bolsonaro, 67, became the first president of Brazil to fail in an attempt for re-election.

The incumbent president still has not conceded defeat, nearly 24 hours after the announcement of the result.