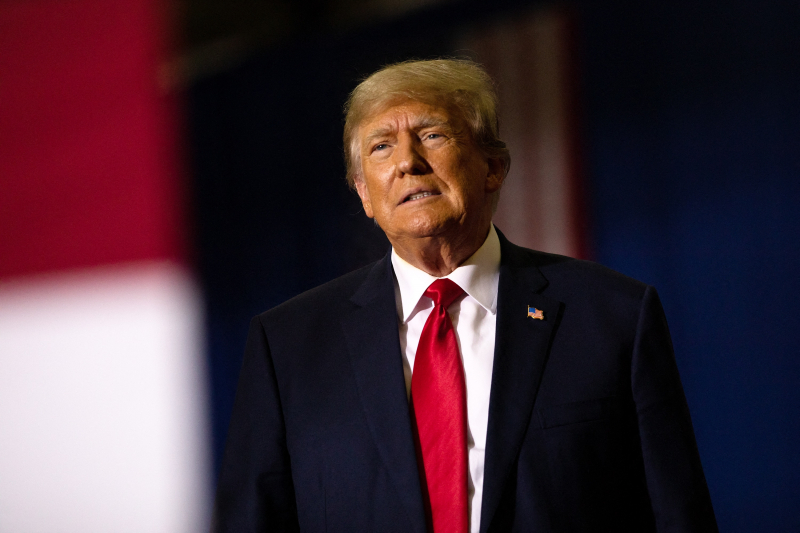 With less than two weeks until Nov. 8, Republicans seem certain to retake the House of Representatives and the Senate is within their reach.

You're struggling to follow the politics of our neighbors on the eve of the midterm elections? It's not your fault, there's not much normal in this circus.

Nevertheless, the closer we get to the vote, the more it seems that the results will match the expectations we would have had if American politics were a long calm river.

A lot of noise

In September, during a workshop at the American Political Science Association convention on midterm election forecasting, I nearly fell asleep as each speaker was so confident in predicting that the Republicans would take over of both houses of Congress.

The rest is usually just noise… but this year there is a lot of noise. Over the summer, the Supreme Court's decision on abortion favored the Democrats, Joe Biden multiplied the good moves, the charges against Donald Trump piled up, the price of gasoline fell and concern reigned over threats to democracy posed by Trump and his followers.

For the Democrats, all hopes seemed high, until the price of oil started to climb again (thanks, MBS and Putin!) and voters relegated abortion and Trump's legal wrangling to the back- plan.

Things are heating up

Amid this cacophony, tight polls in several states suggest anything can happen. In key Senate races in Georgia, Ohio or Pennsylvania, televised debates could have been decisive, but no candidate stood out.

While Republicans gain points with campaigns focused on the economy and on crime, Democrats show signs of division. Curiously, the National Democratic Party refuses to financially help certain candidates who could cause surprises, like Tim Ryan, in Ohio.

In Ohio, a state that switched from Obama to Trump and where the other senator is a Democrat, Trumpist J. D. Vance's campaign is swimming in money thanks to the support of a few billionaires. There, as elsewhere, the well-stocked coffers of the Republicans allow them to bombard the undecided with advertisements.

This offensive will however come too late for the millions of voters who have already voted. The turnout at the advance poll bodes well for Democrats, who are betting on a higher-than-usual turnout.

Several tight races will be decided long after the polls close. ballot, which will fuel Donald Trump's lie mill on voter fraud.

With hundreds of candidates who share the ex-president's views on democracy and stand a good chance of winning , the stakes in this election are enormous. In addition, as the control of the Senate risks being decided in the second round in Georgia, the circus will continue well beyond November 8… and until 2024.