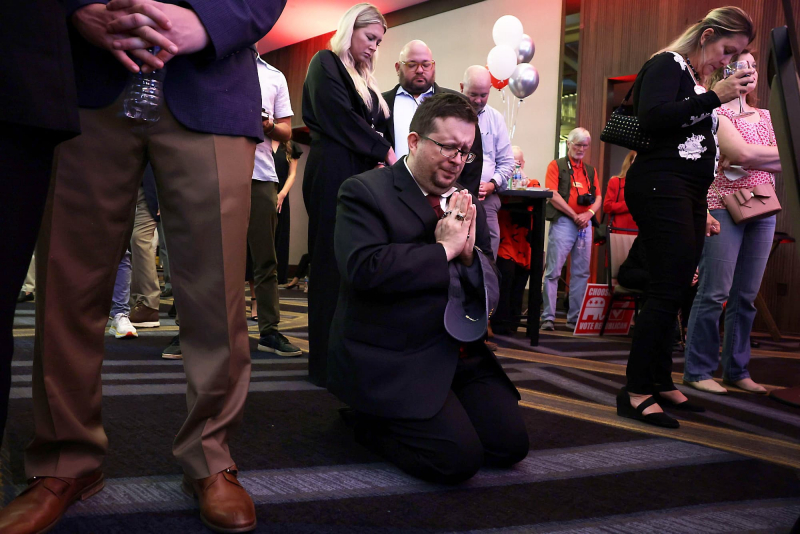 Americans were still holding their breath Tuesday night as they waited for votes to be counted for the Senate and House of Representatives in a midterm election marked by the specter of Donald Trump.

As of press time, more than 20 polling stations had closed. But the results had not yet been announced in the handful of key states where the fate of the Senate was at stake, including Georgia, Arizona and Nevada.

Several Senate races and in the House of Representatives, which make up Congress, were also too close for the US media to predict a winner.

“It may take some time before we have the final results. […] It had been long in 2020. Each state counts the votes in its own way, the electoral rules depend from one state to another, ”explains Frédérick Gagnon, holder of the Raoul-Dandurand Chair in Strategic and diplomatic.

The one who is also director of the Observatory on the United States points out that in Pennsylvania, for example, votes by mail began to be counted on Tuesday morning, which could delay the announcement of the results in this key state, where Democrats hoped to retake the seat from Republican retiree Pat Toomey.

Experts say Democratic President Joe Biden is at risk of lose control of the House of Representatives and its slim majority in the Senate.

“Joe Biden is unpopular. The economy is the number one factor and it's hurting the Democrats' chances. This is without taking into account that the party which controls the White House is historically disadvantaged, in all the mid-term elections”, underlines Rafael Jacob, associate researcher at the Raoul-Dandurand Chair.

If the Republicans take only one of the two chambers of Congress, Joe Biden's room for maneuver will be reduced, believes Mr. Gagnon.

“Even when the Democrats have a majority in Congress, Biden has not the guarantee that he will be able to move forward with his projects, ”he illustrates.

The specter of Trump

Omnipresent in the campaign, Donald Trump has vigorously supported a large number of Republican candidates, many of whom still deny the results of the 2020 presidential election.

He also promised “a very big announcement” on Monday. November 15.

For his part, Ron DeSantis, a potential rival for the Republican nomination, was re-elected governor.

“I'm just starting the fight,” said he promised, referring to the presidential elections of 2024.

Democrats have already won two gubernatorial positions from Republicans in Maryland and Massachusetts, where Maura Healey will be the first lesbian to lead a state.

Democrat Josh Shapiro has been announced as the winner in Pennsylvania for governor, defeating a Trumpist, Doug Mastriano.

However, at the end of the evening, J.D. Vance, pro-Trump candidate, was elected senator in Ohio, in a first major setback for Biden.

The Republicans need to wrest a seat from the Democrats to take control of the Senate.

Republicans need to wrest 26 seats from Democrats to take control of the House.