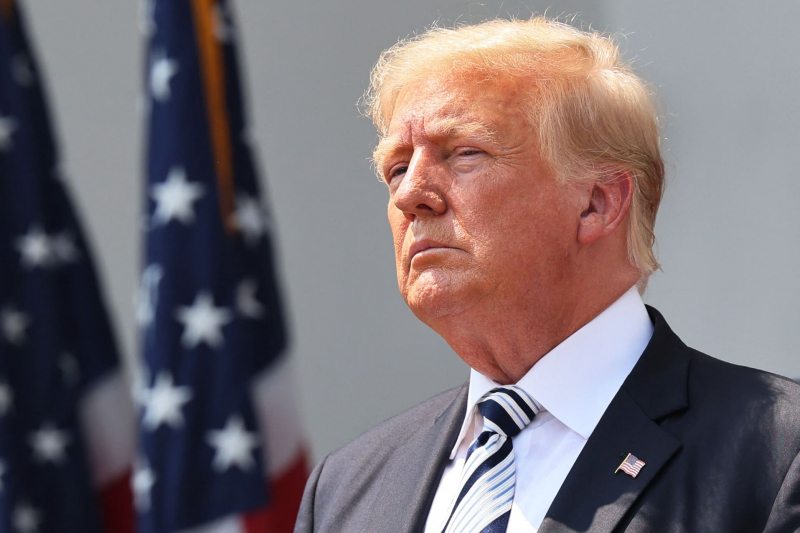 An American football star, a multimillionaire surgeon, a former journalist denying the election of Biden: for the midterm elections, former President Donald Trump has dubbed candidates with the most unlikely profiles , who swear absolute loyalty to him.

Long at the helm from a popular medical show, 62-year-old surgeon Mehmet Oz is vying for the job of senator in Pennsylvania, one of the most contested seats in the midterm elections.

“I have known Oz for 25 years, I was on his show a few years ago,” said Donald Trump during a recent campaign meeting. The candidate had told him that he was “in great shape” but “could lose about ten kilos”, had fun the ex-president.

“Dr Oz”, American millionaire from Turkish origin, is accused by his Democratic opponent of having been parachuted into this state in the northeastern United States, a former bastion of steel.

But the Republican, leading a campaign focused on crime and inflation, has benefited from a recent upturn in the polls, which has Democrats in a cold sweat.

If elected, “Dr. Oz” would be one of the richest senators in the US Congress.

Herschel Walker, the sportsman with the pans

The former president, ubiquitous in the midterm elections, continues to sing the praises of Herschel Walker, a former player in an American football franchise owned by Donald Trump.

This African-American seeks to seize the seat occupied by the Democratic pastor Raphael Warnock, the first black senator ever elected in Georgia.

“It will be impossible to stop him, as when he was” sportsman, assures the former president.

The campaign of this Republican, very religious sexagenarian, has however been splashed by several recent scandals. The candidate, known for his anti-abortion positions, was accused of having financed the abortions of two of his former companions. He and his Democratic opponent are neck and neck in the polls.

He is one of the personalities who fascinate most in the countryside. Kari Lake, former TV presenter running for governor of Arizona, single-handedly embodies the Trumpism of 2022.

The 53-year-old Republican candidate, staunchly anti-immigration, continues to denounce the 2020 presidential result, saying the election was stolen from Donald Trump, despite overwhelming evidence to the contrary.

Will accept the result of its own ballot? “I will win the election, this is the result that I will accept,” the candidate told CNN.

He wasn't always pro-Trump, of which the former Republican president keeps reminding him.

A former soldier and author of a best-selling book on the white middle class, J.D. Vance is running for a Senate seat in Ohio — a state that Donald Trump won in the last two presidential elections.

< p>“J.D. wants my support so badly that he's licking me,” mocked Donald Trump during one of his meetings in September.

The 30-year-old, a newcomer to the American political scene, recently married the ideas of the real estate magnate, with whom he now appears regularly.

They are already elected to Congress, up for re-election, and expect to have a leading role if the Republicans take control of the House of Representatives.