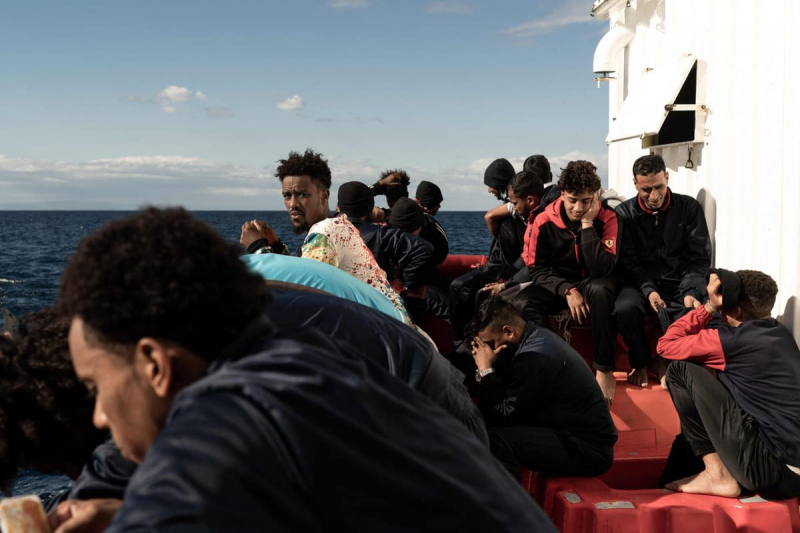 The Rise Above, a humanitarian ship rescuing migrants in the Mediterranean, docked in Sicily overnight from Monday to Tuesday after the green light from the Italian authorities, announced the German NGO Lifeline which charters it .

“The odyssey of the 89 survivors and nine crew members seems to be over. The Rise Above entered the port of Reggio Calabria. Let's hope everything goes well and that everyone on board can disembark,” the NGO wrote on its Twitter account.

Four migrants were evacuated for medical reasons on Sunday from this small ship compared to the three other NGO boats currently operating in the Mediterranean and which are facing the refusal of the new Italian government to disembark all of their passengers.

After weeks at sea, the German-flagged ship Humanity 1, of the NGO SOS Humanity, was authorized to dock in Catania on Sunday to disembark 144 people, mainly women and minors. On board, however, remain 35 adult male migrants whom Italy does not want.

The Geo Barents, a Doctors Without Borders (MSF) ship flying the Norwegian flag, also docked in Catania on Sunday evening and the Italian authorities authorized 357 people to disembark, including children, while refusing entry to 215 others. /p>

For the moment, only the Ocean Viking, of the European NGO SOS Méditerranée, which also flies the flag of Norway, has not yet been granted entry into an Italian port and was sailing on Tuesday morning off Syracuse, a photographer on board told AFP.

“The situation on board the Ocean Viking has become unbearable for 234 survivors. After 17 days on board, their mental health is seriously affected: many suffer from insomnia and show significant signs of anxiety and depression,” the NGO was alarmed on Monday.

The new Italian government , the most right-wing since the Second World War, has pledged to observe a hard line vis-à-vis migrants. And Interior Minister Matteo Piantedosi said migrants rescued at sea were the responsibility of the state under whose flag the boats are sailing.