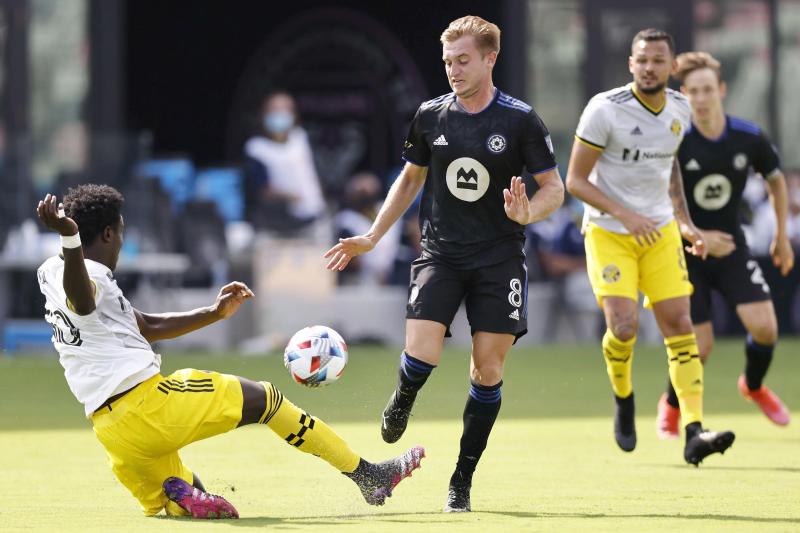 Everything indicates that Djordje Mihailovic will be able to return to action on Saturday after missing a month of action due to two successive injuries.

“Djordje feels good. If all goes well, he will be in the group. He wants to, especially with what happened this week,” said Wilfried Nancy, referring to the fact that he was left out of the all-star game.

Mihailovic suffered a foot on May 28, at the start of the game against Cincinnati. While preparing for his comeback, he injured his knee.

He rejoined his teammates last week and this week he no longer wears any knee bandages and has taken part in regular drills. We can therefore deduce that he will be available against Toronto on Saturday.

The team has a record of two wins and three losses in his absence with only five goals scored.

Mihailovic's contribution is essential to the team's success. In fact, he quickly carved out a place for himself in the race for the title of MLS MVP with his seven goals and four assists in 14 games.

That's why everyone was a bit flabbergasted when he saw that he hadn't been selected to participate in the All-Star Game, unlike his teammate Kamal Miller.

“We were surprised,” admitted Nancy. He's a potential MVP who isn't one of the stars, he's still special. »

As you can imagine, the 23-year-old American midfielder was instantly disappointed.

“He's a human being, it's a surprise [that he wasn't chosen ]. I have no idea why he was not selected.

Sebastian Breza's outfit has not been reassuring in recent games and Wilfried Nancy alluded to it in his point press release last Saturday.

The head coach spoke about the delicate job of training two young goalkeepers. And they don't really have a veteran to emulate, Logan Ketterer not being in front of them.

“We have two goalkeepers with very little experience. Last year James [Pantemis] had some good games and he was praised well and then Sebastian played and he finished the season.

Nancy is not surprised to have to go through this type of situation with 24-year-old (Breza) and 25-year-old (Pantemis) goalkeepers.

“I am not surprised at the situation because they are not experienced players, they are learning. What is difficult is to develop consistency over the long term, especially for goalkeepers. »

In another register, last week, our colleague from La Presse, who arrived earlier in the conference room after the match, heard a tense discussion between Joey Saputo and President Gabriel Gervais. The owner seemed to complain about the trainer.

Nancy was kind enough to come back to the situation on Thursday. To say he remained cryptic is an understatement.

“I've been at the club for a long time, so I've seen a lot. Each person, each leader leads his company as he wishes. On the other hand, I have values ​​on which I will never derogate. Afterwards, everyone does as they wish.

“I have fun in the field and I report to the people I have to report to.

What is clear is that Nancy does not seem to mind too much about it and that he answers Olivier Renard first.