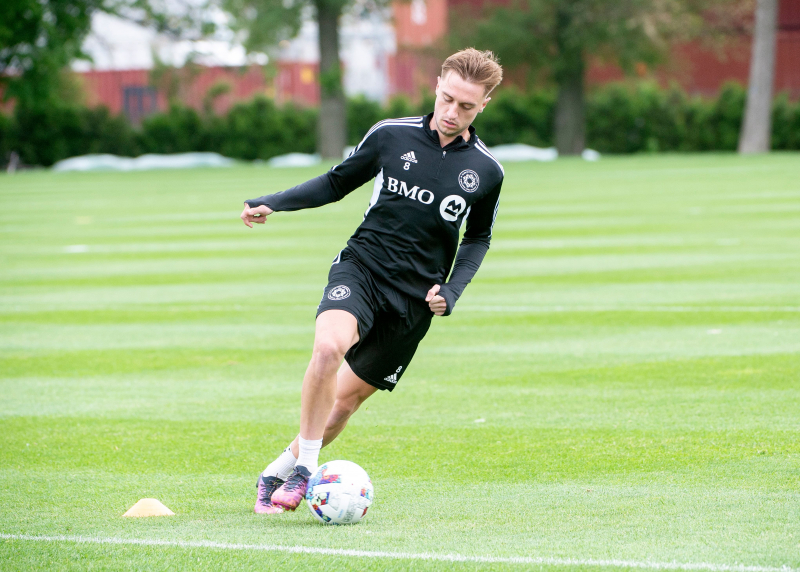 Djordje Mihailovic was on the field training with his CF Montreal teammates at Center Nutrilait on Thursday morning.

This is good news since the midfielder American fielder has been absent since May 28 when he injured his foot. While recovering, he injured his knee.

“He did a hybrid training, but we're careful with him,” said Wilfried Nancy, who hopes to see Mihailovic return next week when Toronto FC are at Stade Saputo.

< p>“I hope. For now, it's running its course and progressing well, so we'll see if it can be made available.  »

< p>As the team will only play one game a week by the end of the month, Nancy can give her men some breathing space and above all give her squad a little more stability.

“In general, when you play one game a week there is a little less turnover, but it will depend on who you are playing against and a lot of other things. I'm counting on everyone because we know very well that the last 10 or 12 games are important because there are always some odd results. Everyone can win against everyone. ”

But the return of Mihailovic will do the team a lot of good: he has seven goals and four assists in 14 games.

In his absence, the team has a record of two wins and three losses, the three times by shutout.

One might wonder why the Bleu-blanc-noir was able to beat Seattle 2-1 and then suffered a 4-0 loss to the Los Angeles Galaxy on the same trip.

Wilfried Nancy explains the lack of consistency by the hazards of having a team ;young.

“We have a young team and for young players, consistency is difficult. So, I coach myself because I want us to go a little faster, but there is a process. »

«&nbsp ;The process is part of the experience, the minutes played, the events and the environment, he continues. It's progressing, I wish it was progressing a little faster at times, but it's progressing. ”

In addition, Nancy said she was happy to see that Mauro Biello's name will be added to Stade Saputo's Wall of Fame during a ceremony to be held on July 16.

«&nbsp ;It is deserved for everything he has done at the club. I remember the first years when I arrived, the team was playing Claude-Robillard and there was a very small guy running fast with his hair back and I wondered who it was.

“In the end, it was Mauro and it was thanks to him that my coaching career began because he offered me to become an assistant, he continues. He is the one who has the best results at club level, but I hope to be able to beat him.

Samuel Piette said he was inspired by the man who briefly managed him in 2017.

“He's a role model and that's why I'm here, I want to become a legend, but I don't think I'm going to have the same stats as him, especially in this regarding goals and assists. ”