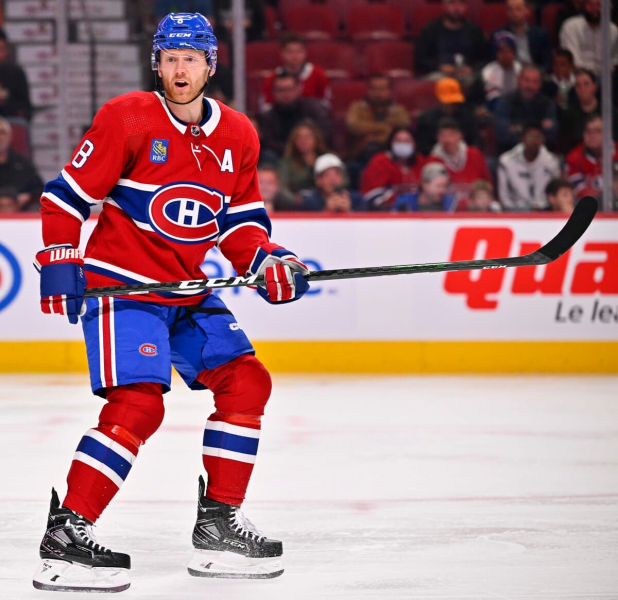 COLUMBUS | Mike Matheson took part in optional on-ice practice at Nationwide Arena, but he still hasn't been cleared by doctors to return to play.

Away since the start of the season due to an abdominal muscle injury, Matheson is ahead of his rehabilitation program. Originally, team doctors had spoken of an eight-week absence.

Martin St-Louis will bet on the same formation as in the last game against the New Jersey Devils. Despite a 5-1 loss, St-Louis chose not to touch its workforce with the exception of Samuel Montembeault who will get the start in net.

“I always look forward to to see how we can react,” said St-Louis. I don't know if it was our worst game of the year against the Devils, but we know we're better. »

Recalled from the Laval Rocket the day before, Rem Pitlick will watch the game from the press bridge. Ditto for defender Chris Wideman.

Winner of the Flyers 5-4 in overtime on Tuesday, the Blue Jackets have added a few more names to their injured list.

Goalkeeper Elvis Merzlikins will be absent against CH, as will defender Jake Bean . Brad Larsen said it didn't look good for Bean, hinting at a long-term injury. The Jackets said he has a shoulder problem and will be sidelined indefinitely.

The Jackets have an overflowing infirmary with the absences of Zach Werenski (all season), Patrik Laine, Adam Boqvist, Justin Danforth, Jakub Voracek and Nick Blankenburg.

“It's a little demoralizing, noted defender Erik Gudbranson in consistently impeccable French. We have big players who do not play. You still have to find ways to play well. The new guys provided great energy. I have the feeling that we are replacing ourselves as a team. »

The probable formation of the Canadian

The formation of the Blue Jackets