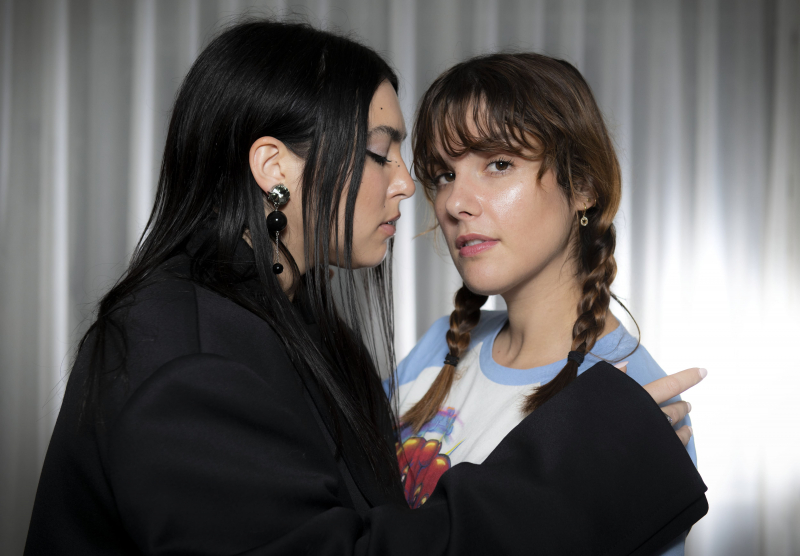 Milk & Bone was born from the meeting of two young women with different but complementary ideas and voices. A few years and a pandemic later, the pair, in their early thirties, returns with a third album with a cleverly metaphorical content and title: Chrysalism, or the amniotic tranquility of being indoors during a storm.

For Laurence Lafond Beaulne and Camille Poliquin, the image was as accurate as it was strong. “We are more mature in our inner world and our emotions and we found that Chrysalism was a beautiful image of how we can feel stuck inside, they explain. We wanted to show that we can face the chaotic outside world inside us. Like the chrysalis, we can transform ourselves into stronger and more flamboyant ones. »

Make beauty out of difficult times

It is this unconscious guideline that pointed the direction to take for the creation of this 3rd opus which will be unveiled on October 28 next. Because, conceived in the midst of a pandemic, the album consists of 13 precious songs, written during difficult and intense times; “Moments when you don’t really see the possibility of the aftermath, which takes time. »

“We sat down together from the start and we wondered what we wanted to talk about, where we were in life, what we wanted to share,” explains Laurence, 31, who lived through difficult times living both isolation and a big breakup. I was really in the chrysalis while the isolation gave Camille a need to say things (two states of the chrysalis), so these are the two states that made this album. »

If their last album, Dive released in 2019, was in the reaction, Chrysalism pitches towards the journey and a more critical look of the musicians on their emotions and the assumption of responsibilities which results from it. All in a good balance of assumed Pop and great emotions à la Milk & Good. The duo sees the song Bigger Love, the first extract offered to the public, as the initiating song of this new album.

“We assume this Pop side that we have hidden well before, says Camille. We also assume this complexity of being a female artist in the world of music at the moment. The metoo movement, for example, removed a naïveté, a veil of magic and confidence. No one is going to protect you, we are safe from no one. It brought new confidence to our album. »

« It’s an album from which we come out stronger and more in control, adds Laurence. It's more assumed, more confident and more mature, as if we were moving from adolescence to adult woman. »

Do not ask the musicians where the name of their precious project, Milk & Bone: They make it a point of honor to maintain the mystery on this subject. However, talk to them about music, instruments of all kinds, the stage, jazz, singing and the story of two friends who wanted to find each other through music, and they will happily chat with you for hours.< /p>

They will even address, lightly and with great humility, their wish to be real and authentic role models for the young women who listen to their music. The fact that they both knew, very young, that they were going to have a career in music, despite Laurence's shyness in singing and thanks to Camille's pleasure in being “the center of attention and aiming for the first roles. »

« Milk & Bone was not a calculated plan, but when we saw that people liked it, it became more serious and we signed with a record company, they say. It is the meeting of our two projects and our different ways of writing melodies, different but complementary, that creates the richness of the project. »

-The album Chrysalism will launch on October 28th. A pop-up launch event presented by Amazon Music will be held on October 27 (limited places, get there early) from 5-7:30 p.m. at Montreal Miidspace, 445 St-Pierre, Montreal suite 304