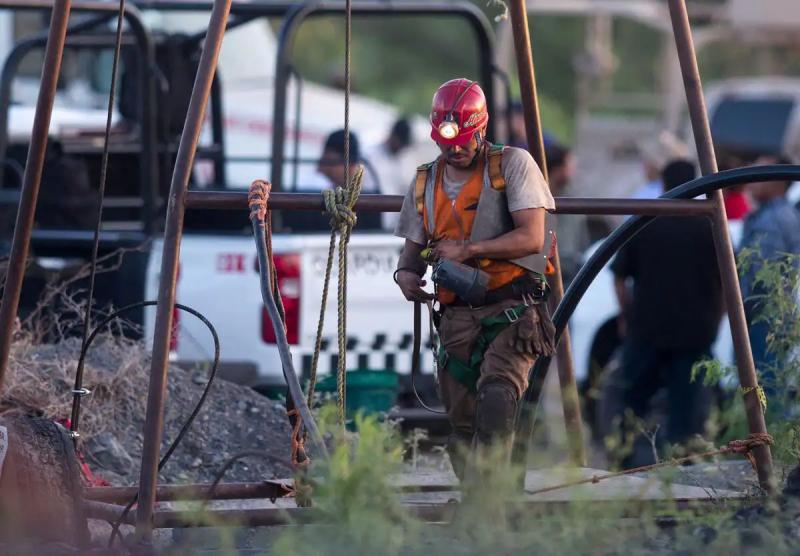 Mexican authorities are preparing an operation on Monday with an underwater drone to allow rescue divers to enter a flooded coal mine where ten workers have been trapped for five days.

“Today we are going to work with an underwater drone that the Navy has sent,” Civil Protection Service director Laura Velázquez said during a a press conference with President Andrés Manuel Lopez Obrador, who oversaw rescue efforts there on Sunday.

She explained that the device has a high-resolution camera and a light that can record up to 250 meters deep, so that divers can identify possible obstacles “without endangering” the lives of divers. rescuers.

These announcements have caused agitation among relatives of the miners, who hope that this inspection will speed up rescue access. But according to the plan presented by the army, diving, via a well, will not take place before the middle of the week.

According to these estimates, the flood level to allow access would be 1.5 meters, against 19.4 meters of water currently.

< p>The government has indicated that pumping work is also continuing to evacuate water from the mine, at a depth of 30 to 40 meters.

“More than 300 liters per second are pumped (…) and we are hurrying to get the water out so that the rescuers can get in,” said President Lopez Obrador, who called on Sunday to increase efforts.

“Everyone in faith, nobody thinks of anything but the rescue,” he said, saying that the personnel on the ground and the families remain convinced that the miners are alive.

The accident occurred around 1:30 p.m. Wednesday, when the miners found, while digging, an area full of water, the collapse of which caused the flooding.

It is a very dangerous artisanal mine, according to experts, located 1.1 30 km north of the capital Mexico City, in the state of Coahuila which provides all of the national coal production.