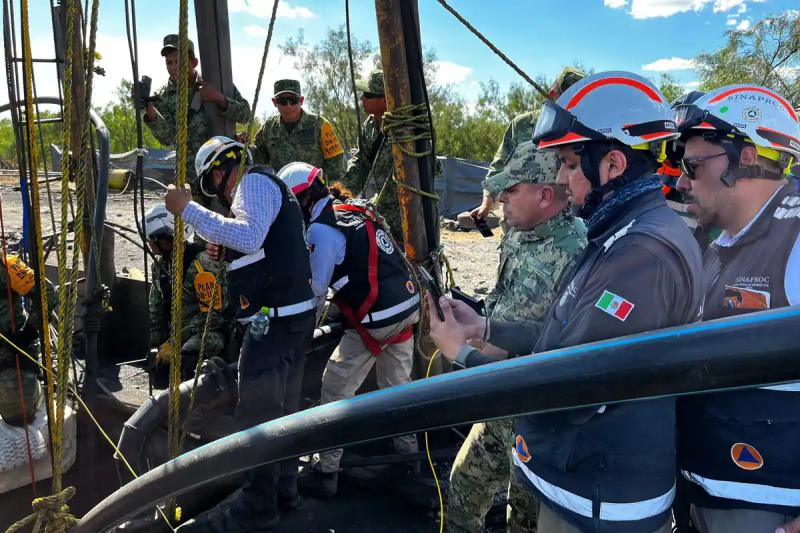 Dropping water levels thanks to relentless pumping raise hopes that rescuers will be able to enter the flooded Mexican mine on Wednesday or Thursday to find 10 miners who have been missing for six days, announced the government on Tuesday.

Images collected by an underwater drone equipped with a camera on Monday showed that obstacles and currents still made it too risky to send divers into the depths of the Agujita mine, in the state of Coahuila (north), indicated the national coordinator of civil defense, Laura Velazquez.

Officials prefer to wait for the water level to drop another 1.50m to allow “divers and rescuers to be able to enter,” President Andres Manuel Lopez Obrador told reporters on Tuesday.

Several hundred rescuers, including soldiers and army divers, participate in the rescue to save the miners, including the pr oches are increasingly worried as time goes on.

Efforts are focused on pumping water from the mine , 60 meters deep.

According to the authorities, the miners were carrying out excavation work when they broke through a water table.

Coahuila, Mexico's main coal producing region has seen a series of deadly mining incidents over the years. The worst accident occurred at the Pasta de Conchos mine in 2006 when a firedamp explosion killed 65 miners.