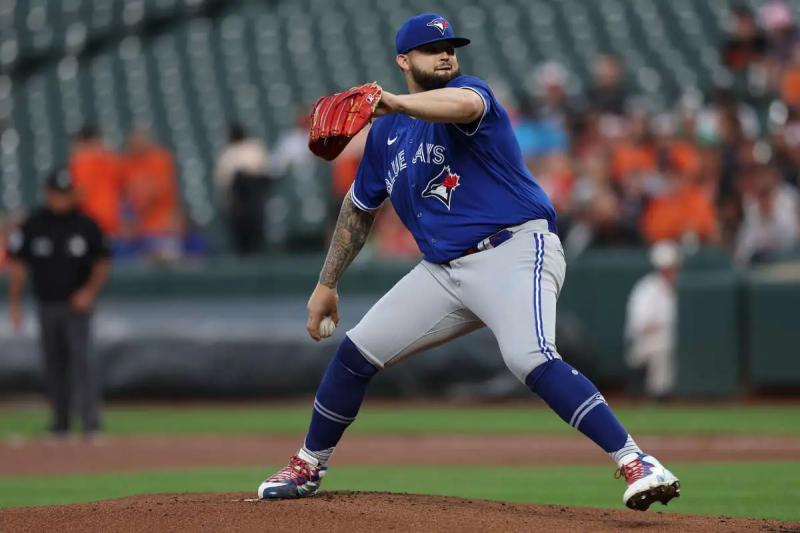 The Toronto Blue Jays had a clear goal when they arrived in Baltimore earlier this week: not to be overtaken by the Orioles in the standings. The only major Canadian team in major league baseball will be able to say “mission accomplished”, which ended its four-game series with three wins, signing a final victory of 4 to 1 on Wednesday.

The visitors benefited, among other things, from a flawless outing by starting pitcher Alek Manoah (14-7). The latter practically managed a complete game, he who was finally retired after eight innings. He gave up just one run, on three hits and a walk. He also made five opponents bite the dust. Jordan Romano finished the job in the ninth inning, making his 31st save of the campaign.

Offensively, manager John Schneider's men were the most productive in the fifth inning, picking up three of their four runs. An optional by Vladimir Guerrero Jr., a single by Alejandro Kirk and an error by Orioles catcher Adley Rutschman all added a run for the Jays, giving them a 4-1 lead.

< p>Guerrero Jr. also impressed on a defensive game in the third set. The first baseman had to go far to grab a ground ball from an opposing batter, before passing the ball to Manoah by throwing it behind his own back.

Author of 13 hits and nine RBIs in the first three games of the series, Bo Bichette was kept quiet this time, he who only reached the trails once, thanks to a walk.

In addition, the outfielder Lourdes Gurriel Jr. left the game in the second set, bothered by discomfort in his left hamstring.

The Jays will now head to the Texas side, where they will face the Rangers, from Friday to Sunday.