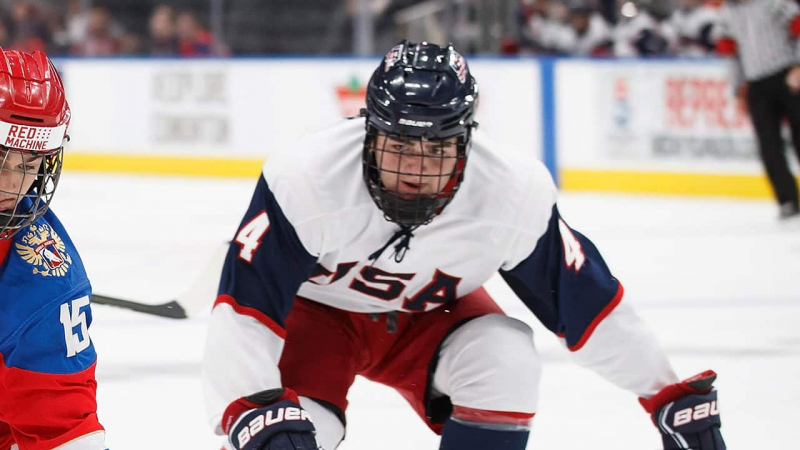 Boston Bruins President Cam Neely made an admission of total failure on Monday when he appeared at a press conference to comment on the Mitchell Miller case. .

Miller bullied a young African American child with developmental disabilities at school for years. The deal forced the Arizona Coyotes to waive his rights after drafting him in the fourth round in 2020, but the Bruins have come back in the past few days by offering him an entry contract. He had also been convicted of assault when he was only 14 years old.

The team's players have since expressed their displeasure and the commissioner of the National Hockey League (NHL ), Gary Bettman, indicated that Miller was ineligible to play on his circuit. The Bruins thus announced on Sunday evening that they were distancing themselves from the controversial player.

Neely also said the team made no attempt to contact the family of Isaiah Meyer-Crothers, Miller's victim, at any time. He intends to conduct an internal investigation to understand how this situation could have occurred. He also wants to repent on behalf of the organization.

“I want to apologize to Isaiah and his family,” Neely said. It's something they shouldn't continue to experience.”

To explain this initial decision by the organization, Sweeney made comments similar to those of the player's agent, Eustace King , who had come to the defense of his client on Sunday by raising Miller's actions in recent years. He advocated “restorative justice”.

“From what I heard, he was working on himself, in programs, to become a better person,” Neely said. I felt like he was a 14-year-old who made very, very bad decisions and did horrible things. He's 23 now, so I felt like he had worked on himself a lot over the past six years.”

Bettman's assistant, Bill Daly, was reportedly more restrained when the team contacted him last Wednesday, indicating that Miller's participation in an NHL game was conditional on meeting with the commissioner.

These comments contradict those of Bettman, who said on Saturday that Neely had not contacted him before signing this contract.

Boston Bruins captain Patrice Bergeron has never hidden that he and his teammates were uncomfortable with the hiring of Mitchell Miller.

Monday, the day after the controversial defender's release, the Quebecer had a message for his club's supporters.

“I think it's now clear that I understand them,” he said. said, his remarks were reported by the daily “Boston Sports Journal”.

“That being said, I don't think it changes anything for us [Bruins players] in terms of who we are as people, our locker room culture and our core values. As much as we understand the fans – and we hear you – our values ​​remain the same. Again, that's what we stand for.”

Bergeron also explained why it was important for him to publicly say he was against his organization's decision to sign Miller.

“I wanted to stay true to my values. I think it is sometimes important to speak out against what you think is wrong. In this situation, it is important to defend what we have built as a team, because a dressing room must be inclusive. There has to be respect and integrity.”

The 37-year-old veteran also made no secret that this whole affair has been a distraction.

“We have had to deal with that, and in a way, it was [a distraction] for a few days. I think we can come back to hockey issues. I am not minimizing anything and it was important to talk about it, but now we can turn the page and move on.”