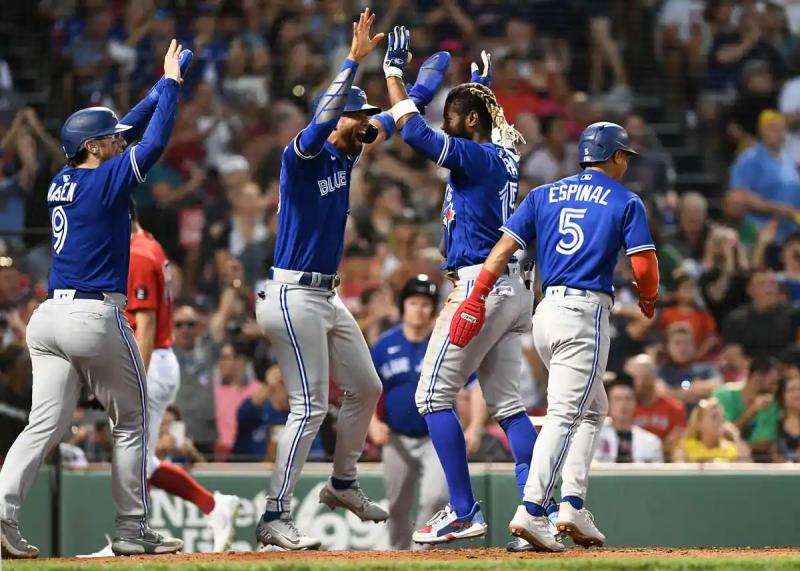 By crossing home plate 28 times against the Boston Red Sox on Friday night at Fenway Park, the Toronto Blue Jays broke their team record for most runs scored during a a match. This result is on top of a number of crazy games played over the years in major league baseball, some of which have taken place in the present century.

The Braves attacking the Marlins

On September 9, 2020, less than two years ago, the Atlanta Braves defeated the Miami Marlins by a score of 29 to 9. Since the Braves were then at their home, Truist Park, they had registered their 29 runs in eight innings on offense. The Atlanta club had set the tone, from the second set, with a production of 11 points. Adam Duvall was the great hero of this meeting, thanks to three home runs and nine RBIs.

The “thirties” for the Rangers

In 2007, on August 22 in Baltimore, the Texas Rangers had reached the plateau of 30 points against the Orioles. Strangely, the Texan team had been shut out in five of their nine offensive innings. Rangers, however, had nine runs in the sixth inning and 10 runs in the eighth, among other things. Already up 24-3 before a final turn at bat, the squad led by manager Ron Washington added six runs in the top of the ninth. Final score: 30 to 3.

In addition to scoring 28 points, the Blue Jays hit a record 29 hits, Friday night, against the Red Sox. Lourdes Gurriel Jr. led the Toronto squad with six home runs. Raimel Tapia, notably with a grand slam inside the field, for his part produced six points, as did receiver Danny Jansen. The popular Vladimir Guerrero Jr. had two hits in four official at bats before being replaced by Zack Collins.

– Historically, a contested game between the Chicago Colts and Louisville Colonels, in 1897, ended 36-7 in favor of the Colts. It would be the last record in major league history in the United States.